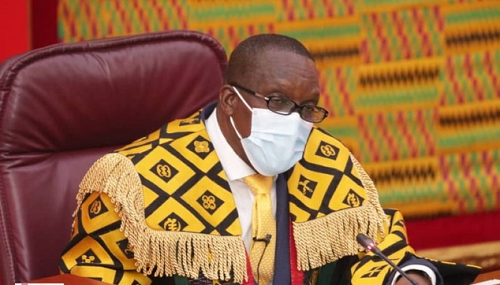 The introduction of the Promotion of Proper Human Sexual Rights and Ghanaian Family Values Bill, 2021 has generated debate.

The bill seeks to provide legislation to stop all activities relating to LGBTTQQIAAP+ in Ghana.

Religious bodies, traditional rulers and Ghanaians have registered their support for the bill. At the same time, some learned lawyers and reputable academics have expressed their reservations against it.

To be or not to be; to legislate or not to legislate; to ban or not to ban, ordinary Ghanaians deserve further and better details of LGBTTQQIAAP+ in order to appreciate arguments from both sides.

T stands for “tran-sexual” — a person who wants to change from a man to a woman or from a woman to a man so they undergo surgery for that purpose. In fact, in certain countries, girls are allowed to change into boys and boys into girls. The technical term is “transvestites”.

Q stands for “queer” — a person who does not want to be limited to one gender. That person wants to be described as an individual — not “he” not “she”. Sometimes, such a person may have both sexual organs called “hermaphrodite”.

I stands for “inter-sexual” — a person born with sexual characteristics which do not fit into the “he” and “she” categories.

Medical experts say that there are four genders: he, she, neuter and common. The world is currently estimated to have 52 or more genders.

The United Nations (UN) actually passed a resolution in June 2016 to recognise unlimited genders in the world (Ghana abstained from voting to pass that resolution). UN Free & Equals has more on this fact.

A stands for “allies” — a person who supports all these people and their activities.

P stands for “pansexual” — this person wants to have sexual relationship with anyone and with all types of sexual preferences or orientations, no exception.

These are the simple meanings of the LGBTTQIAAP+ as stated in the Bill before Parliament.

As the Parliamentarians prepare to debate, they, just like the ordinary Ghanaian, ought to fully understand what LGBTTQQIAAP+ is all about.

The next question for consideration is why “plus” (+)? What does the “plus” (+) stand for?

The Oxford Advanced Learners Dictionary gives the meaning of “plus” (+), among others, as an adjective used after a number to show that the real number or amount is more than what has been mentioned.

Without doubt, there are many MPs and Ghanaians, who do not fully know why there is a “plus” (+) and what it entails. Unfortunately, the pro-LGBTQ++ lawyers and professors have not to explained the full details of LGBTQ++ and what it involves.

A meeting notice released in Canada recently had the following acronyms LGGBDTTTIQQAAPP. This notice included Twospirit(2s), Androgynous, Demisexual and Polyamorous which are not found in the bill.

According to BBC, LGBTTQIAAP+ “list is not exhaustive.” It has no end.
Considering carefully Ghanaian culture on one hand and human rights arguments for inexhaustive practices on the other, we need to tread cautiously never to inflict cultural chaos and absurdities on our communities.
For instance, will a bisexual, transgender, a-sexual, queer, questioning, intersexual, pansexual, etc, be able to occupy a stool or skin? Will custom permit a polyamorous woman as a queen mother? Or are we going to accept a Priest, who is bisexual, trans-sexual?
Additionally, we need to protect Ghanaians from obscure practices which may have a negative impact on our children, promote incest, bestiality and other behaviours known as taboos culturally, so as to maintain peace and order and to preserve our unique cultural identity.
May our Parliamentarians be so guided.

The writer is a lawyer.