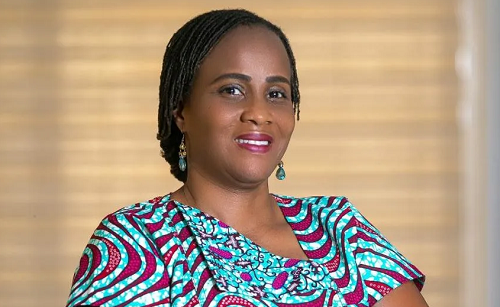 The Danquah Institute (DI) has called for broader consultations on the Electronic Transactions Levy (E-Levy) to pave the way for its acceptability by the public.

It said the introduction of the levy to widen the tax net and rope in the informal sector was a highly commendable initiative; however, in its current form, it risked pushing people to engage more in cash transactions.

Graphic Online's Joshua Bediako Koomson  & Jemima Okang Addae reports that at a press conference in Accra Wednesday [November 24, 2021], the Executive Director of the DI, Dr Antoinette Tsiboe-Darko, noted that lessons from other African countries that attempted to or introduced such levies were far from encouraging, as patronage of mobile money transactions fell drastically when the idea of taxing was mooted.

For instance, in Tanzania, she said, the evidence suggested that the idea to tax mobile money transactions did not go well in terms of revenue generation, with a similar situation occurring in Kenya.

“We recommend that the government hold broad-based consultations with the myriad of stakeholders to make the levy acceptable to the populace,” Dr Tsiboe-Darko said.

The extensive consultation, she said, led to the successful reintroduction and implementation of the tax.

The executive director commended the government for making the levy pro-poor.

She, however, suggested that further prospective taxpayers could be categorised into four groups, with each being made to pay a different percentage in accordance with the amount transacted.

She, however, urged Ghanaians to support the 2022 budget, as it was an opportune moment to disentangle the economy from aid dependence.

The executive director noted that the recovery strategies implemented by the government in the wake of the COVID-19 pandemic had yielded dividends.

The economy, she said, grew at 3.1 and 3.9 per cent in the first two quarters of this year, respectively.

On average, she said, the economy grew at 3.5 per cent during the first half of this year, higher than that for the same period 2016.

“Therefore, even though the adverse effects of the COVID-19 pandemic still remain, the Ghanaian economy is growing faster than it was when the current government took over power,” she stated.

Dr Tsiboe-Darko said the second term of the government was met with challenges of having to pay GH¢35 billion as interest payment, as well as allocating GH¢30 billion for workers’ remunerations.

As indicated in the 2022 budget statement, she said, interest payment and compensation payment alone amounted to GH¢48.7 billion as of the end of September this year — which was 103.3 per cent of the total revenue and grants received at the time.

Dr Tsiboe-Darko noted that the condition where only two expenditure items consumed almost all the revenue had been with the country for many years.

She, therefore, expressed excitement at the fact that the government was consistently making efforts to reverse the trend.

Dr Tsiboe-Darko observed that the government recognised job creation, restoring macro-fiscal balance, energising all sectors, reforming the business environment and restructuring the financial sector as key to putting the economy back on track.

In line with that, she said, it had embarked on ambitious and transformative flagship programmes to drive economic growth and improve the livelihoods of all Ghanaians.

The Ghana COVID-19 Alleviation and Revitalisation of Enterprises Support (CARES) ‘Obaatan pa’ programme, the Nations Builders Corp (NaBCo) — now YouStart — the National Afforestation Programme and the Ghana Enterprises Agency (GEA), she said, had all created significant job opportunities for the youth, with over 35,000 young people having secured permanent jobs after acquiring the relevant workplace skills and experiences.