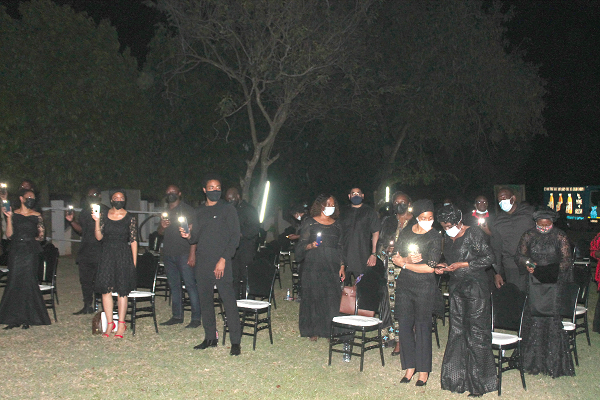 • The family of the late former President Rawlings at the vigil
30.5k Shares

The Cuban Trained Ghanaian Graduates Association (ESBECAN) has commended the late former President Jerry John Rawlings for fostering a good relationship with the people of Cuba that led to the training of rich manpower for the country.

They said there were thousands of professionals trained in Cuba who were making huge impacts and differences in the country and said Ghana’s association and close ties with Cuba should be maintained and improved.

The President of the association, Alhaji Musah Swallah, said this when the Esbecans held a candlelight vigil and memorial service to celebrate the life of the late former President Rawlings for his great vision which had impacted on the lives of members of the association.

In 1983, following consultations between Ghana, led by former President Rawlings, and Cuba, some Ghanaian students travelled to Cuba as pioneer students of the Kwame Nkrumah Memorial School on the Isle of Youth in Cuba.

The occasion to honour the former President for nurturing such a vision brought together many members of the association, his wife, Nana Konadu Agyemang Rawlings; two of his daughters, Dr Zanetor Agyeman-Rawlings and Yaa Asantewaa Agyeman-Rawlings, as well as some members of the Diplomatic Corps and Cuban diplomats.

Clad in black, they offered prayers for God to keep his soul safe.

They also recounted many sacrifices the former President made to ensure they excelled while in Cuba.

Sympathisers at the memorial service turned the light on their mobile phones for a minute and held them up to pay their last respects.

Alhaji Swallah expressed immense gratitude to the former President for the opportunities under the Ghana-Cuba relations, underpinned on the scholarship programme offered to brilliant but underprivileged people in the country.