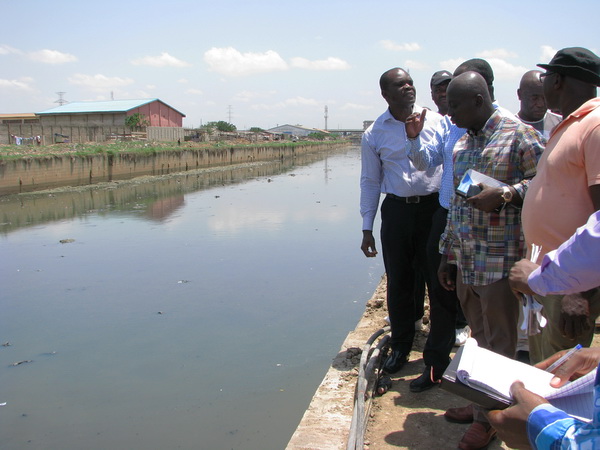 Cabinet has approved a comprehensive national project to deal with the perennial flooding that characterises the rainy season in the country, particularly in Accra.

The plan includes the construction of a modern sewage and drainage system across the country.

When implemented, the plan is expected to address the national sewage and drains challenges.

The Works and Housing Minister, Mr Samuel Atta Akyea, disclosed this to journalists in Accra on Monday and said the government would invite international civil engineering and construction firms through a competitive bidding process to partner local engineers to implement the plan.

Mr Atta Akyea said details of the contract were being worked out to include cost, scope and duration to be sent to Parliament for approval.

The minister’s interaction with the journalists came after he toured some drains in Accra ahead of the rainy season to inspect some interim works being undertaken to mitigate the impact of any flooding this year.

During the tour, the Daily Graphic observed that de-silting activities were ongoing.

Poor engineering of drainage and sewage systems across the country has been identified as a major contributor to the flooding every rainy season but solutions proffered have always been a stop-gap measure.

Mr Atta Akyea mentioned that the World Bank had agreed to support the project with a $100 million loan facility.

He said although the project would be capital intensive, the government was committed to taking the bold step to resolve the problem permanently.

“Every year, huge sums of money are allocated for interim solutions in the budget such as de-silting, which is currently ongoing. But such solutions have proven not to be feasible, considering the enormity of the problem and so the government has taken the bold decision to implement a long-term solution,” he said.

Describing the flooding situation as an ancient challenge dating back to the 1950s, he said it was time for a deliberate painstaking intervention to end the vicious cycle of investing in interim measures which only lasted for a couple of months.

“This is why the President, Nana Addo Dankwa Akufo-Addo, has promised to make it one of his legacies by finding a lasting solution to the problem,” Mr Atta Akyea stated.

Mr AttaAkyea said the government had allocated over $17 million for interim interventions to minimise the impact of flooding this year.

He charged state agencies such as  local assemblies to enforce by-laws on sanitation and infrastructure development without compromise to help deal with the situation.