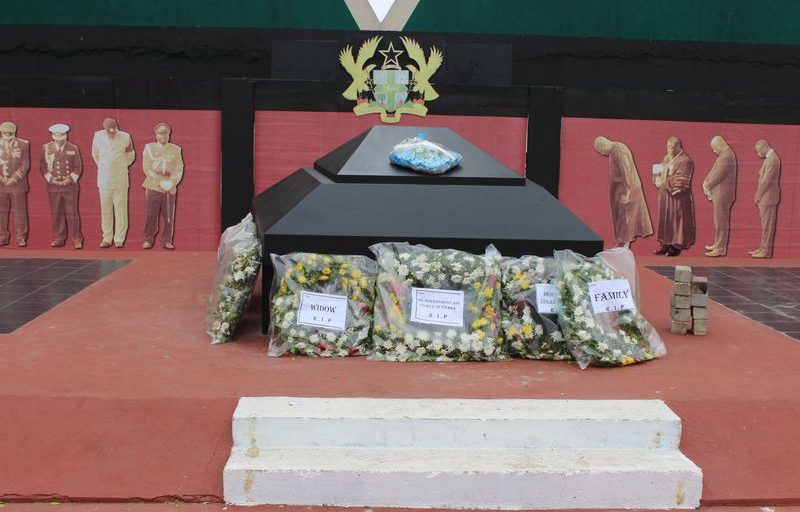 The Coastal Development Authority (CODA) has refuted claims that it opened the tomb of the former President, John Evans Atta Mills as part of ongoing renovations.

This follows a claim by the brother of the late President, Samuel Atta Mills that the rehabilitation of the ‘Asomdwe Park’ where the mortal remains of President Mills were buried was done without the knowledge of family and with no regard to tradition.

He also stated that the family was not aware of where the body was being kept while the rehabilitation was ongoing.

However, CODA in a statement signed by its Chief Executive Officer of CODA, Jerry Ahmed Shaib, said the tomb was not opened during the renovations.

The statement added that the Authority liaised with relevant state institutions in charge of state monuments before embarking on the renovation works.

“We wish to state that the grave was not opened and therefore no desecration of the body of the former President, H.E John Evans Atta Mills, has taken place,” the statement said.

"We, therefore, assure all well-meaning Ghanaians that the project, which continues to be a top priority for CODA, is well on schedule and will be handed over to the Office of the President for official commissioning, once completed".

The statement added that the scope of works funded by CODA included the
following:

2. Construction of a concrete shed and replacement of alucobond panels over tomb of the Late President. (completed)

5. Paving of 50-metre walkway to and around the tomb with porcelain tiles (completed)

7. Landscaping of general area around the tomb (ongoing)