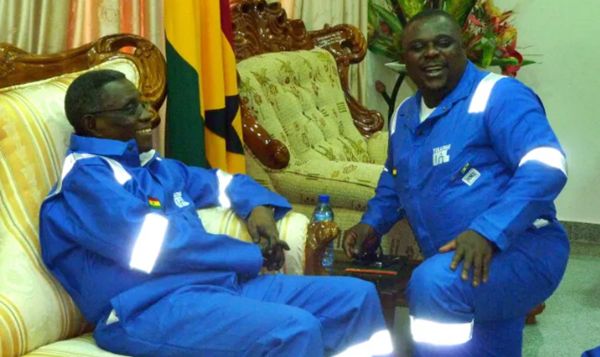 Mr Samuel Atta Mills, the brother of the late former President, John Evans Atta Mills says the family was not aware that his burial site was being renovated.

He said the rehabilitation of the ‘Asomdwe Park’ where the mortal remains of President Atta Mills were buried was done without the knowledge of family and with no regard to tradition".

He said at the moment, the family was not aware of where the body was being kept while the rehabilitation was ongoing.

“It is not proper to allow the NGO to make changes to the grave without recourse to the family,” he said.

“Apparently a group calling itself Atta Mills Institute that the family does not recognize and Coastal Development Authority have gone to break this grave of President Evans Atta Mills…why would you go and touch somebody’s grave without informing the family?… Who has the body now? That is the question I want to ask Ghanaians”.

Meanwhile, the Founder of Atta Mills Institute, Koku Anyidoho has stated that the remains of the late President have not been removed from the burial site.

He explained that the renovation at the Asomdwe Park is to “glorify God and Ghana to move away from the level of ignominy that Asomdwe Park sat in. Sammy Atta Mills should be ashamed of himself.”

Can u compare the miserable horrible black tombstone with no Inscription on it, to the new one being built? pic.twitter.com/srlOGpYims

According to Mr Anyidoho, a memorial thanksgiving service will be held after which President Nana Addo Dankwa Akufo-Addo will commission the renovated Asomdwe Park.