Mining firm, Asanko Gold Ghana, has rolled out more than GH₵4.5million infrastructural development projects in the Amansie West and Amansie South districts of the Ashanti region to correct infrastructural deficits in its catchment areas.

Key among the projects, is a five-single room semi-detached teachers' apartments at Asuadai to prevent teachers and key staff from trekking long distances to deliver on their mandate.

Academic activities in the area has been impacted by teacher absenteeism due to the distances between where teachers reside and the school, which officials said was affecting academic performance.

In an attempt to arrest the situation and give hope to the pupils, Asanko, under it's Social Responsibility Forum (SRF), where $2 dollars is set aside for each ounce of gold produced, has commenced the construction of a bungalow which is expected to be ready in October, this year.

Also under construction is a six-unit classroom building with ancillary facilities at Kwabenaso and a 10-seat water closet toilet facility at Kumpese. 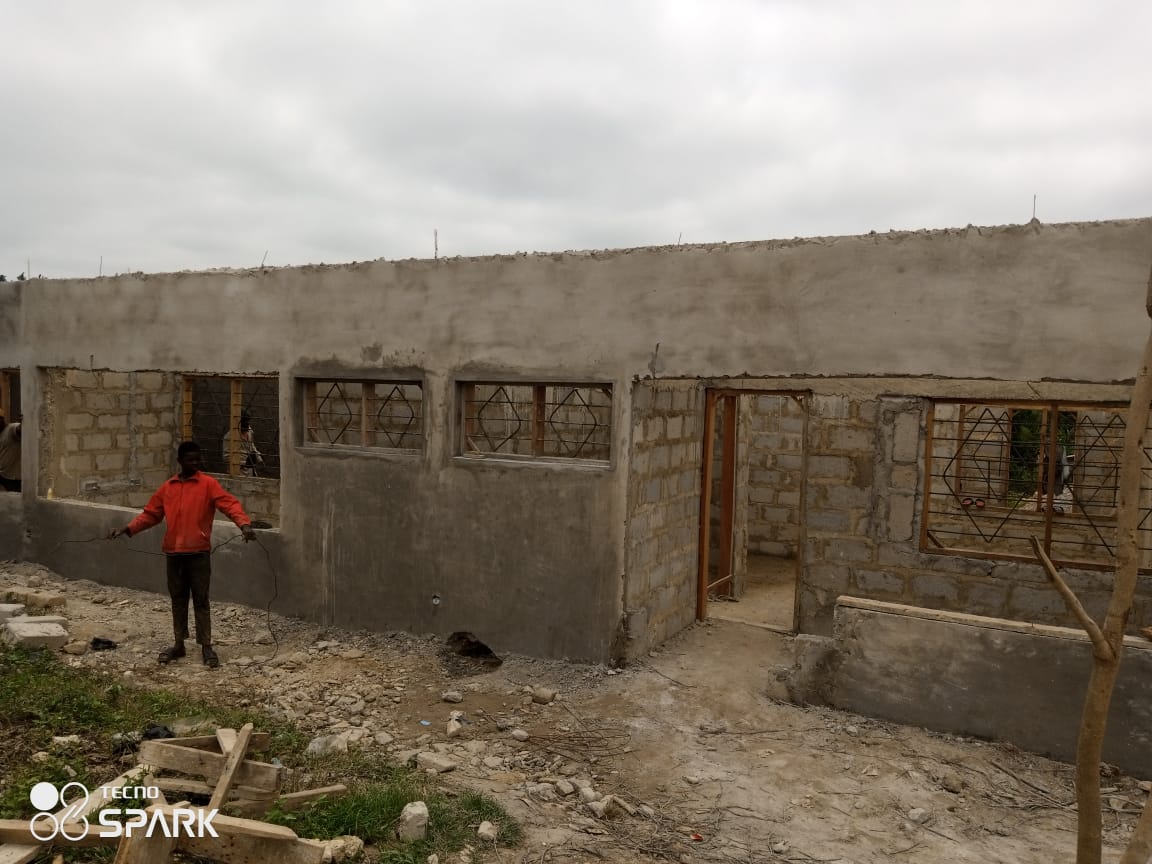 On Thursday, the Acting General Manager of Asanko, Ahmed Yahaya Mohaidini, cut the sod for the construction of a multipurpose community centre at Manso Nkran and also inspected five-unit market stores with a four-seat water closet toilet facility at Manso Abore.

The 23 communities under the catchment area has been zoned into five to benefit from the projects.

All the projects underwent comprehensive pre-qualification screening and competitive bidding processes, with the exception of the Manso Abore Market stores, which sod-cutting is yet to commence.

The $2million fund which has been lying fallow since 2016 due to conflicting interests in which development project the communities want is now fully operational and it is expected that more of such including scholarships for needy but brilliant students will continue.

"Today will always be remembered as the turning point in this company's history since it cemented it's reputation as the organisation that gave the hard-working residents of Amansie South and West the most opportunities," Mr Ahmed Yahaya Mohaidini said.

He said Asanko created the SRF as the special purpose entity for the sustained development of the host communities, which led to the signing of the contract for the projects.

"When all parties involved follow through on these commitments, a significant amount of money will be invested in the local economy in the form of jobs, legacy projects, and chances for local contracting," he added.

All the SRF Projects have been given to local contractors as part of a strategy to deliberately increase locals' skills and capabilities and to ensure that the money stays in the community's economy.

The Acting GM announced that the board of trustees will oversee initiatives for all other remaining towns to receive funding from the foundation.

All the projects have different completion schedules, but, they are all expected to be completed by the second week of January 2023.