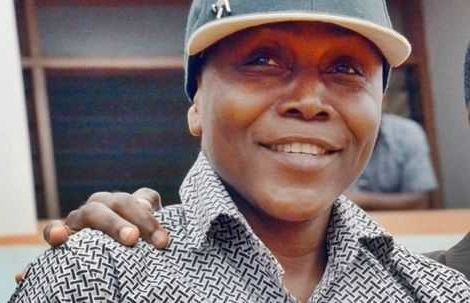 A toxicologist of the Ghana Standards Authority (GSA) has testified that the substance that was allegedly used to kill a former Upper East Regional Chairman of the New Patriotic Party (NPP), Alhaji Adams Mahama, was sulphuric acid with 93 per cent purity.

Mr Peter Quartey Papafio, who was testifying at the Accra High Court yesterday, said tests showed that sulphuric acid was the substance in a gallon presented to his outfit for testing by police investigators.

The witness said further tests conducted by him also revealed that a tracksuit trouser which was also given to him by the police for testing contained residues or traces of the sulphuric acid found in the gallon.

Prosecutors have made a case that the tracksuit was what Gregory Afoko, one of the accused persons, was wearing on May 20, 2015, when he and his supposed accomplice, Asabke Alangdi, allegedly attacked Adams Mahama with acid, leading to his death.

The said gallon is at the centre of the trial and one of the most important pieces of evidence being relied upon by the prosecution.

It is the case of the prosecution that the gallon said to contain the acid was allegedly abandoned at the crime scene by Afoko and Alangdi after the two committed the crime.

Alhaji Mahama suffered severe injuries after a substance was allegedly poured on him in front of his house in Bolgatanga around 11 p.m. on May 20, 2015.

He later died from the injuries.

Prosecutors have accused Afoko and Alangdi of planing and executing the attack on the politician.

The two have denied any involvement in the murder and have pleaded not guilty to two counts of murder and conspiracy to commit murder.

Mr Papafio, a member of staff of the GSA for 16 years, told the court that on May 28, 2015, the police presented certain exhibits to him for testing.

Other exhibits were a tracksuit allegedly belonging to Afoko, plastic cup suspected to have been used to fetch the acid and a transparent zip lock bag found in Alhaji Mahama’s car.

He said he found that the substance in the gallon contained sulphuric acid with a concentration level of 16.89 molar (93 per cent purity), while the other exhibits also contained traces of acid.

He further testified that sulphuric acid with that high concentration was very corrosive and could cause severe injuries when it gets into contact with the skin.

The prosecutor, Ms Dorm Fiadzoe, an Assistant State Attorney, then asked the witness if sulphuric acid could be deadly.

“Yes, upon contact with a sulphuric acid of 93 per cent or 16.89 molar, it can cause death,” the witness answered.

During cross-examination, lawyer for Afoko, Mr Stephen Sowah Charway, faulted the testing conducted by the witness.

“I’m putting it to you that there were no traces of sulphate or sulphuric acid in the trousers that the accused was wearing,” counsel said to the witness.

“Yes, there were traces of sulphuric acid on the trousers after the testing,” Mr Papafio answered.

Hearing continues on January 28, 2022, at the court presided over by Justice Merley Afua Wood, a Justice of the Court of Appeal sitting as a High Court judge.