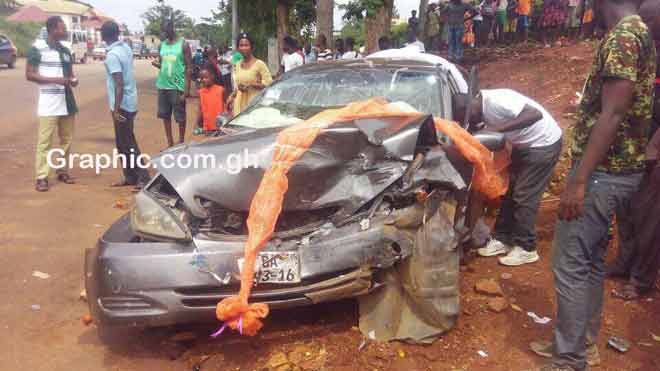 A fatal accident that occurred on the Sunyani-Abesim Highway on Saturday, claimed the life of a taxi driver, Osman Sumala, while six others were injured.

The accident occurred at Abesim near Sunyani at about 1.00pm.

The Brong-Ahafo Regional Commander of the Motor Traffic and Transport Department (MTTD), Superintendent Stella Sedame, told Graphic Online that the Toyota Camry was moving from Sunyani towards Abesim whilst the taxi cab was heading towards Sunyani with a passenger on board.

She explained that on reaching a sharp curve near the Samaritan Guest House at Abesim, the driver of the Camry who was said to be speeding lost control and collided head-on with the on-coming Opel taxi.

Supt Sedame said all occupants on both vehicles who were badly injured were rushed to the Sunyani government hospital for treatment but the driver of the taxi, Sumala died later. The six are receiving treatment.

Supt Sedame stated that the driver of the Camry, Charles Yeboah with the four occupants were in Abesim from Techiman to attend a wedding ceremony.

Whilst the wedding was ongoing, the bridegroom sent them to go buy water for the gathering.

Before the police and Ghana National Fire Serves (GNFS) reached the scene to rescue the victims, residents and other shop owners at the area managed to remove the victims from the vehicles and sent them to the hospital.

Eyewitnesses told Graphic Online that it took them about 15 minutes to rescue the victims who were trapped in the vehicles.

According to them, they had to use cutlasses and other implements to cut through the mangled vehicles to rescue Sumaila who was trapped.

Below is a photo of the taxi cab 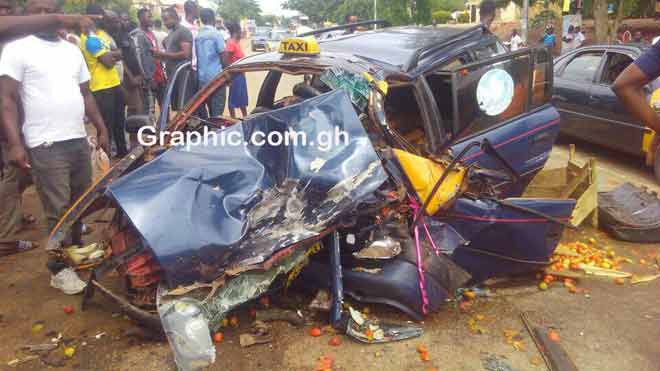 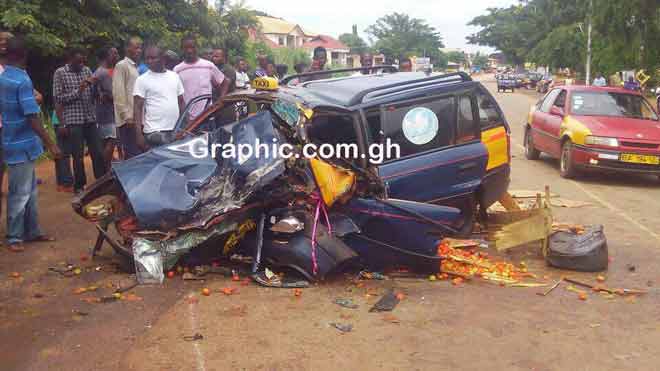