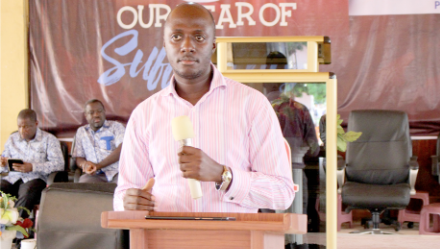 Compassion International Ghana and Transparency Over Universe Through Counselling, Education and Empowerment (TUCEE), non-governmental organisations (NGOs), have organised a programme on adolescent reproductive health for schoolchildren at Somanya.

The idea behind “True Love Waits,” as adopted by Compassion International Ghana, is to challenge teenagers and single adults to refrain from engaging in sex until marriage.

The programme was designed to get the youth to interact with their peers and discuss matters relating to adolescent reproductive health.

Other issues that were deliberated on included sexually transmitted infections, HIV and AIDS, gender violence, decision-making techniques and communication.

A Health Specialist with Compassion International Ghana, Mr Daniel S.K. Asante, said the programme was part of a campaign to raise a new generation of Christian youth who would take a bold stand to remain chaste and become models for other youth to also remain chaste.

He said in a generation where young people were exposed to sex, violence, drugs and alcohol on a daily basis, most youth were confused and did not know which direction to turn their lives as everything seemed good and pleasing in their eyes.

“Teenage pregnancy and alcoholism are some of the challenges that adolescents face at this stage and they are calling for answers to their needs.

“At their ages, adolescents must learn to manage and control their heightened feelings about sex and their sexuality in order to make responsible decisions about their reproductive health and rights,” he stressed.

The Chief Executive Officer (CEO) of TUCEE, Mrs Cecilia Tutu-Danqua reiterated the call for children to abstain from pre-marital sex since the word of God frowned on the practice.

“The duty of man is to fear God and obey His commandments,’’ she said.

She further advised the children to say no to pre-marital sex because “true love waits”.

The Prefect-elect for the programme, Master Yussif Ibrahim, from the Oyibi Pentecost Child Development Centre, recommended the programme to be extended to more youth. He said the programme had reformed many youth in his community and urged his mates from the other programme areas to take their lessons seriously in order to reduce the level of social vices such as smoking and teenage pregnancy that confronted the youth.

Deserving pupils and teachers were rewarded for their hard work.

Earlier in the day, the schoolchildren went on a route march through the principal streets of Somanya, carrying with them placards, some of which read, “Avoid sex at this age,” “Say no to sex,”

“True Love Waits,” “Say no to teenage pregnancy,” and ‘’Say no to drug abuse,’’ among others.