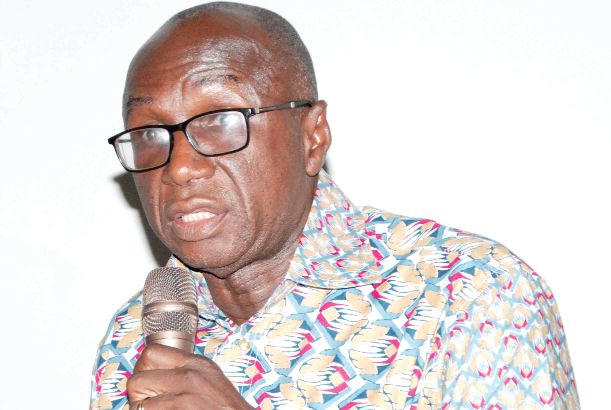 police said two people died and 14 others were injured, but other sources in the conflict zone put the death toll at four.

An unspecified number of cars are said to have been burnt, while others had their windscreens smashed in the two towns.

Schools and shops have been closed in the area, and at Drobo, the district capital, most people stay indoors for fear of reprisal attacks.

The police have identified one of those killed as the Mmrantehene (Youth chief) of Japekrom, Wofa Sena Atta, 42, but the other is yet to be identified.

But local FM stations have been reporting that the three persons who died included one Wofa Atta, a taxi driver.

Drobo and Japekrom, which are separated by only a river, have had their image blighted by a long-standing land dispute which, although has been ruled on by the Supreme Court, has not abated the insecurity in the area.

For now, there is uneasy calm in the conflict area and a combined police and military reinforcement made up of 60 policemen and 30 military men is on the ground to prevent any nasty situation, as reports indicate that the youth of Japekrom, which has so far suffered casualties, are bent on carrying out a reprisal attack on Drobo.

Briefing the media on the incident, the Brong Ahafo Regional Police Public Relations Officer, Chief Inspector Augustine Kingsley Oppong, explained that some citizens of Japekrom, including chiefs and elders, who had gone to another town, Mpuasu, to perform traditional rites in the Mpuasu River as part of the celebration of the Munufie Festival were returning to Japekrom when the incident happened.

According to him, the Japekrom citizens had got down from their vehicles on the outskirts of Drobo to walk through the street linking the two towns to continue with the celebration.

In the process, the PRO said, some unknown persons fired gunshots from a building into the crowd, leading to the Mmrantehene’s death.

In his reaction, the Brong Ahafo Regional , Mr Evans Opoku-Bobie, said the Jaman South District Security Committee (DISEC) was meeting and would brief the Regional Security Council (REGSEC) on the situation.

He stated that the police had launched investigations into the matter, adding that the necessary security measures had been taken since the outbreak of the violence to forestall further disturbances.
Mr Opoku-Bobie conveyed the condolence of the REGSEC to the bereaved families and appealed to the chiefs to speak to their people to restore calm to the area.

Japekrom and Drobo have had a long-standing land dispute which had travelled from the High Court through the Court of Appeal to the Supreme Court.

Security experts in the region explained that both towns had been giving different interpretations to the ruling of the Apex Court to suit their aspirations and there had been occasional skirmishes between the two feuding towns.

In one of the hostilities between the two towns on April 3, 2018, about 10 unidentified armed men stormed Drobo to destroy a fence, amidst indiscriminate shooting.

The action of the armed men triggered a reaction from some youth of Drobo to fight back.

The irate young men from Drobo, on that occasion, blocked the main street linking the two towns in a bid to arrest the perpetrators who bolted after destroying the wall.