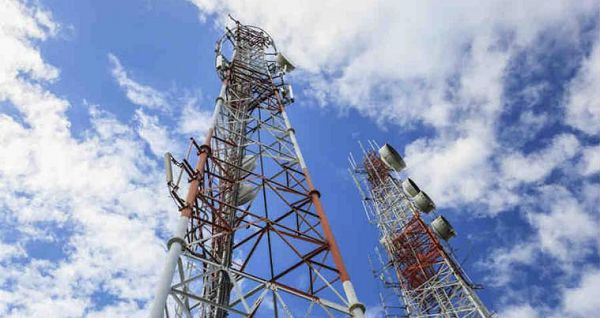 The tariff increase of telecommunication service scheduled to come into effect on November 1, has attracted mixed reactions from mobile phone subscribers

some subscribers have reacted angrily to the proposed increase, saying it is unnecessary, others say that they are not surprised, in view of the fact that the economic situation is becoming difficult, with prices of goods and services by the day.

Those who are not in favour of the planned increase say they are unhappy with the poor services being rendered by the telecommunication companies (telcos) and also disturbed by the taxes imposed on consumers, describing them as unnecessary.

In separate interviews to find out their views on the new tariff in Accra yesterday, the subscribers said they were being made to pay high taxes on mobile services at the time they were struggling to make a living in the present difficult times.

Last Wednesday, members of the Chamber of Telecommunication Companies (CTC) announced their intention to review their tariffs, starting November 1, 2018, to reflect the new tax regime in the country.

The members are AirtelTigo, MTN and Vodafone, which together control more than 90 per cent of the voice and data market in the country.

After the presentation of the 2018 mid-year review of the budget by the government, Parliament amended the acts to give effect to the conversion of the National Health Insurance Levy (NHIL) and the GETFund Levy into levies that are not subject to the input-output mechanism, and delinking them from the Value Added Tax (VAT) by removing the option of input tax deductibility, thereby giving both levies a unique and different legal identity and distinguished from VAT.

A subscriber, who gave his name only as Musah, complained bitterly about the increase in fuel prices and wondered why the government did not simultaneously increase the salaries of workers.

Another subscriber, who gave his name as Bismark Darko, said he was not surprised that the increase in tariff had hit the telecommunication sector, saying: “Just as you cannot buy an item which cost GH¢10 in the past years for the same price today, we don’t have to be surprised when the tariffs are increased,” he explained.

A seamstress who gave her name only as Afua expressed her anger at the poor services of her service provider but added that although the directive could not be flouted, the move would do Ghanaians no good.

“Their services are not good; they must give us quality services before increasing the cost for calls,” she added.

A student who declined to give his name also expressed his displeasure at the new tariff, saying the move would affect most students, of them relied on the Internet to conduct research and for educational purposes.

The subscribers called on the telcos to rather focus on implementing strategies to improve their services, as most Ghanaians were already struggling to make a living.

A statement signed by the Chief Executive Officer of the CTC, Mr Kenneth Ashigbey, and issued in Accra last Wednesday said the chamber “wishes to notify its esteemed customers and the general public of tariff modifications following the implementation of the new tax laws”.

“The government, as part of the 2018 mid-year review of the budget, amended the acts referenced above. The objective was to give effect to the conversion of NHIL and GETFL into levies that are not subject to the input-output mechanism and delinking them from by removing the option of input tax deductibility, thereby giving both levies a unique and different legal identity and distinguished from ,” it said.

“Our members, who are responsible corporate entities, will comply fully with Ghana’s laws and ensure the distinction between and the new levies emanating from their separate origins and basis in law.

“As intended, the incidence of the two new levies will thus be on consumers and will result in the increase of the cost of telecommunication services.

“Customers of telecommunication services will be notified by their service providers prior to any changes being made and the expected changes will take effect from November 1, 2018.

“The telecommunications industry remains committed to full transparency and accountability to both the government of Ghana and their customers,” it added.

Explaining the rationale behind the move to the Daily Graphic in Accra, Mr Ashigbey said the review would reflect the five per cent input tax which could not be claimed by the telcos but which was purely a consumption tax.

“I do not know whether all the members will review their tariffs up that full five per cent, but they will review it as per the law,” Mr Ashigbey said in an answer to why the telcos would not absorb the new tariff.

Meanwhile, the Network of Communications Reporters (NCR) has said it is not surprised at the reasons adduced by the members of the telecoms chamber for their intention to increase tariffs with effect from November 1.

“We are aware that the telcos already absorb various tax components on behalf of customers. Some of the taxes include the ‘double-barrel’ Communications Service Tax (CST) and the Mobile Number Portability (MNP) cost.

“Additionally, telcos are also heavily inundated with various charges and fees by many bodies, including the assemblies,” it said.

The Dean of the NCR, Mr Charles Benoni Okine, reacting to the announcement, said: “As journalists, we have reported on the many calls made by the players in the industry to streamline these levies and charges and taxes but which have fallen on deaf ears for many years.

“Again, the National Fiscal Stabilisation Levy, which has outlived its purpose, is still hanging around the neck of telcos, in spite of several calls to end it.

“We are also aware that the government is implementing policies such as the common monitoring platform to rake in more money from telcos. In spite of all these, telecom tariffs in Ghana remain one of the lowest on the continent, if not the world,” he said.

Be strict on telcos

Against that background, Mr Okine said it was only a matter of course that any additional levies or taxes which would be another burden on them would be passed on to consumers.

“At this time of our development, we should rather be strict on the telcos to ensure that they invest more to cover the entire nation with their services. Over-burdening them will affect investment in the sector.

“Let us not forget that it is on record that every investment in telecom infrastructure impacts positively on Gross Domestic Product (GDP) and, therefore, they should be given space to invest,” he added.