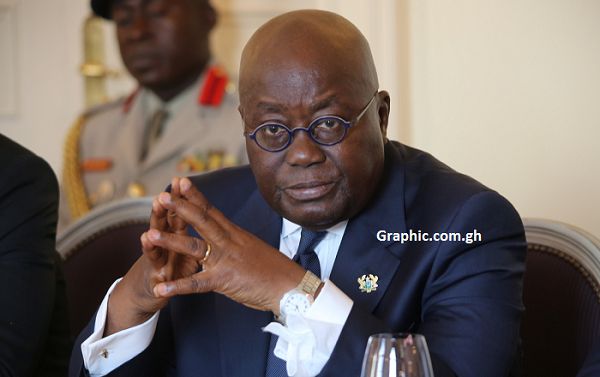 said the 2019 Budget should spell out policies and programmes to tackle the persistent weaknesses in the economy and the numerous social and economic challenges that were making life unbearable for the majority of Ghanaians.

“We expect policies and programmes that will translate economic growth and macroeconomic stability into tangible improvements in the lives of individuals and their families in every corner of the country,” it said.

The TUC made the call in a statement it submitted to the Ministry of Finance as the ministry prepares to present the 2019 Budget and Economic Policy to Parliament in the last quarter of the year.

The TUC asked the government to use the 2019 Budget to show how it was going to steer the economy away from taxation to production.

The TUC said the economy was reported to be growing at a relatively higher rate, compared to previous years, and inflation was trending downwards.

Besides, it said, the budget deficit, as a ratio of gross domestic product (GDP), was reported to have reduced significantly and indicated that there were important achievements in macroeconomic management.

However, the TUC said Ghanaians had witnessed a significant fall in the value of the Ghana cedi this year, while lending rates remained high.

“The depreciation of the cedi, the high cost of borrowing and frequent increases in petroleum prices continue to impact negatively on the ability of businesses to create jobs,” it said.

The TUC said the country had also experienced mass redundancies in the banking, mining, maritime, media and other sectors in the course of the year.

It said there were reports of impending further mass redundancies in the beverages sector and stressed that “these are clear indications that the economy of Ghana is still fragile, in spite of the above-mentioned achievements”.

The TUC said those weaknesses in the economy had translated directly into cost of living and, consequently, a decline in the standard of living across the country.

“Since nine out of every 10 Ghanaians (90 per cent of the workforce) are engaged in informal or precarious jobs with very low earnings, any shock in the economy, regardless of its magnitude (either minor or major), can have very significant adverse consequences for workers and their families economically, socially and psychologically. That explains why many Ghanaians are complaining bitterly about the harsh economic conditions,” it said.

The TUC said workers in both the formal and the informal segments of the economy were complaining because their real earnings had been declining, especially in the last three years, due to restrictions imposed on public sector wage adjustments as part of the implementation of the International Monetary Fund (IMF) programme.

It said many workers had been compelled to rely on loans to meet the basic needs of their households, while those without jobs, including thousands of workers who had been thrown out of their jobs recently, were even more vulnerable.

“The cost of living situation is worsening due, mainly, to the low earnings in both the public and the private sectors of the economy. In the public sector, earnings have deteriorated in real terms, as wage increases have continued to lag behind inflation rates.

“Similarly, the minimum wage has been fixed at approximately US$2 a day in the last 10 years. We cannot sustain growth with declining real purchasing power. One of the ways to address this challenge is to eliminate the distortions and inequities in pay across public sector institutions which the Single Spine Pay Policy has failed to address. Additionally, we expect bold measures to adequately protect all vulnerable workers by enforcing the national daily minimum wage,” it said.

The TUC said the 2019 Budget was quite special in the sense that it would be the first post-IMF budget since the implementation of the Extended Credit Facility (ECF) in 2015.

“It is well known that the TUC has consistently and persistently opposed IMF programmes because we do not believe that IMF policies will help us overcome the monumental development challenges facing our country and its people. We are, therefore, very happy to note that the ECF programme is coming to an end this year,” it said.

The TUC said in the Mid-Year Fiscal Policy Review of the 2018 Budget Statement and Economic Policy presented to Parliament on Thursday, July 19, 2018, the Minister of Finance announced that the government was committed to working closely with local “development partners”, including trade unions, private sector businesses, civil society organisations, think tanks, faith-based organisations, academia and traditional leaders.

It asked the government to provide the framework of the proposed development or social partnership to be announced in the 2019 Budget statement.

“It is obvious that the government alone lacks the capacity to deal with these daunting social and economic challenges. That is why we need a true social partnership now. Through social dialogue, we can achieve the President’s vision of Ghana Beyond Aid and ensure that Ghana never returns to the IMF for financial assistance,” it added.

The TUC said it recognised the government’s efforts to address the unemployment challenge through the expansion of the public sector workforce.

It lauded the government for fulfilling its promise made in the 2018 Budget and Economic Policy to introduce the Nation Builders Corps () as a way of providing job opportunities for 100,000 unemployed graduates.

“We commend the government for fulfilling its promise. We urge both the government and NaBCo beneficiaries to ensure that the programme addresses the real public service needs of Ghanaians,” it said.

The TUC said it was aware that the government had either engaged or was in the process of engaging 24,000 health workers, 9,000 teachers, 4,000 policemen and about 3,000 officers in other security agencies.

The TUC asked the government to support the private sector to complement all the initiatives to create more jobs and indicated that a strong private sector offered the most sustainable solution to the unemployment challenge.

“There are too many constraints that are preventing the private sector from expanding to absorb the rising number of job seekers,” it said.

The TUC acknowledged the various financial support programmes that the government was implementing to support the growth of the private sector within the framework of the One-district, One-factory (1D1F) initiative.

However, it said the domestic private sector was clearly in need of financial support, given the prevailing high lending rates.