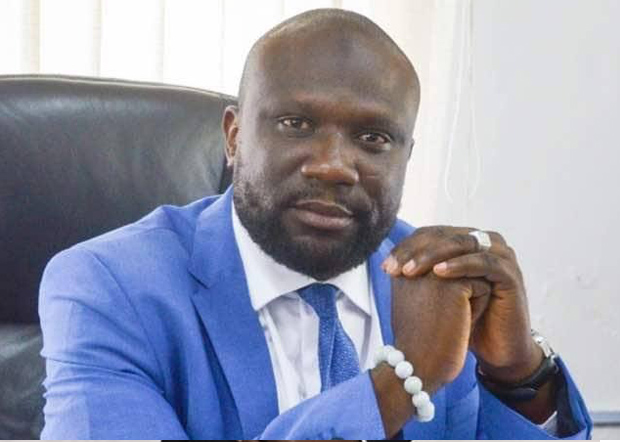 The money is required to defray part of the GH¢400 million the company owes food suppliers. The debt dates back to the last academic year.

Sources at the company, who made this known to the Daily Graphic yesterday, said the last time the Ministry of Education released GH¢200 million, the entire amount was not given to the company for the payment of suppliers.

They said some of the money went into the payment of textbooks and uniforms, while part also went to the schools for the purchase of items such as liquefied petroleum gas (LPG) to cook meals for students.

“What is happening has to do with liquidity. We are owing the suppliers and that is why they are not supplying. We will not need anything less than GH¢100 million to stabilise the situation in the schools,” another source revealed.

However, the sources added that the company had, as of last Monday, been able to mobilise 60,000 bags of rice and 10,000 bags of sugar for distribution to the schools, effective yesterday[July 13, 2022].

They, however, explained that not all the schools were in short supply of rice and sugar, and that some other schools might need oil, sardine or milk.

“It is not that there is no food at all. Some may have maize but no rice; others too may have mackerel. Supplies to the schools have been ongoing and so every time the debt keeps piling up,” the sources explained.

The Daily Graphic last Friday reported that some school heads and parents were making frantic efforts to get the authorities and members of the public to assist with food items to help feed students in public second-cycle schools.

That, according to the report, was because of the inadequate supply of food items to the schools.

Checks by the Daily Graphic in some schools in Accra, Cape Coast, Kumasi, Bolgatanga and Ho indicated that while some of the schools were satisfied with food supplies, the situation in others was dire.

Parents said the situation had resulted in poor quality of food being served students, as school heads tried to manage the situation with the few resources at their disposal.

However, the Ministry of Education said it had not received any official complaint from the schools regarding the shortage of foodstuffs, and that it would be glad if a list of the affected schools could be provided for action to be taken.

Another round of checks in the SHSs affected by the nationwide foot shortage indicated that some SHSs were still yet to receive food supplies as of yesterday.

Gilbert Mawuli Agbey, who checked on some of the SHSs in the Upper East Region, reports that the situation was getting dire by the day and putting undue pressure on the management of the schools, compelling them to allow students take exeats to visit home.

Some kitchen staff also said the situation had led to the preparation of low quality food for the students, who are also feeling the negative impact of the strike by teachers.

During a visit to the Bolgatanga Girls’ SHS, the Headmistress, Patricia Agoteba Anaba, said food being served to the over 700 students wasnot of the preferred quality, as it lacked essential ingredients.

“Although we have some quantities of rice, maize and beans to feed the students, we do not have cooking oil, mackerel, sugar and other basic ingredients, which has made the feeding of the students with a balanced diet very difficult,” she said.

She noted students were forced to go to the dining hall with their own sugar and milk during breakfast due to the shortage of such items, adding: “Students willing to go home due to the food situation have been allowed to do so.”

At the Zuarungu SHS in the Bolgatanga East District, the Headmistress, Amuhari Abubakari Adams, said she was waiting anxiously for the promised food items to help address the feeding challenge in the school.

A source at the Bolgatanga SHS (BIG BOSS) who spoke on condition of anonymity said the management of the school was helpless, as it had been overwhelmed by the feeding challenge.
“Due to the unavailability of food, management does not have any moral ground to stop students from going home, since the school does not have the capacity to feed them,” it said.

Members of staff, teaching and non-teaching, also declined to comment, citing fear of losing their jobs.

However, interactions with some students gave an indication that the food shortage situation was persisting.

Some of them said they had to contend with unsatisfactory reduced portions of food in the dining hall.

A group of students at the Odorgonno SHS said even though they were being fed, the quantity had reduced in recent times.

Also, there were times when the food was not enough to go round for every student due to its inadequacy.