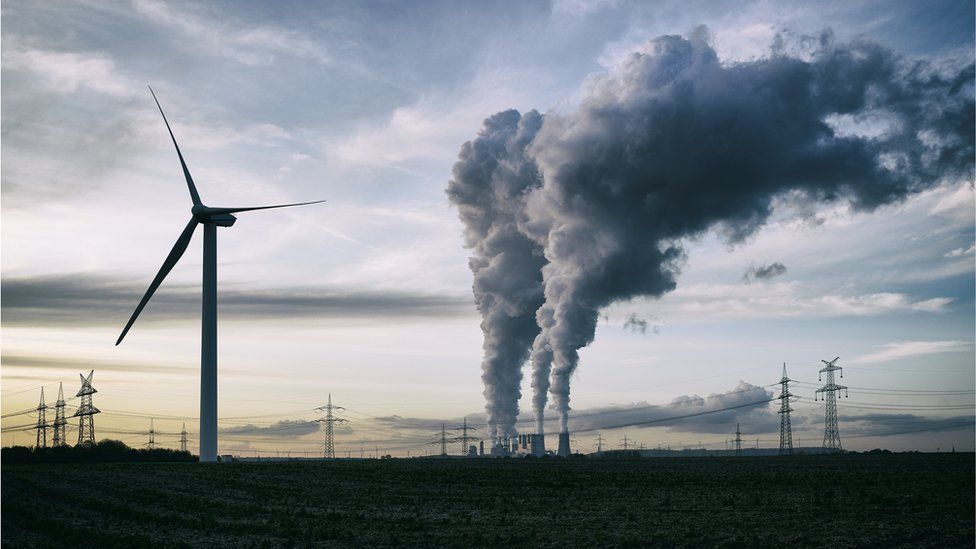 GCSE and AS-level pupils in Northern Ireland can study for a new qualification in climate change and environmental action from September.

The course in Reducing Carbon Footprints Through Environmental Action has been approved by the Department for Education (DE).

A GCSE equivalent, it will be assessed by coursework rather than exams.

A new natural history GCSE has recently been introduced in England, which includes teaching pupils about climate change and how to protect the planet.

In Scotland, the national exams body will no longer ask pupils to give explanations on the "positive" effects of climate change as part of a geography course.

"There's a definite need for our young people to become aware of the environmental crisis that they are essentially living in and about to face," she told BBC News NI.

"At the moment there's a huge gap in our curriculum for environmental education specifically focusing in on the climate crisis.

"We believe this essentially is a quick solution for our teachers to get stuck into it rather than waiting on curriculum change."

The number of pupils who study the new qualification will be down to the number of schools who decide to offer it to GCSE or AS-level students.

Most students picked their GCSE choices for 2022-23 before the new course was launched.

"At the moment we have about three or four schools that have actually put it out there as an option," Ms McKeown said.

"But it will probably be the next academic year when we see the huge influx and, really, teachers getting an opportunity to get trained up to deliver on it."

She also said that some schools were planning to offer it as an option to students taking AS-levels and there were future plans to create a similar A-level.

There have been protests by young people in Northern Ireland to call for greater government action on climate change in recent years.

She said the new qualification was a "really positive step in the right direction".

"People need to be educated on the climate because how else are they going to know about it and want to act on it?" she said.

"They really need to be educated on the biggest crisis that humanity is ever going to face.

"Right now, young people don't know enough about it. I think if they knew about it they would want to learn more and do more about it."

She added: "The world has to move towards being more climate friendly.

"There's not a single subject currently taught in school that would not be accentuated and enhanced by also learning about the climate crisis alongside it."

Many pupils in Northern Ireland already cover environmental topics in subjects like geography, but the new qualification brings a number together on one course.

It includes modules on things like understanding the role of carbon in climate change, tackling single-use plastics, fast fashion and climate campaigning.