BY: GraphicOnline with files from Al Jazeera
Category: International News 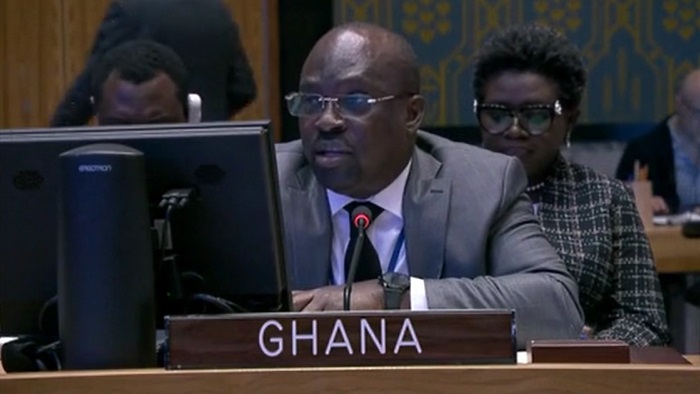 Ghana was among 58 countries that abstained from a vote Thursday at the United Nations (UN) General Assembly that resulted in the suspension of Russia from the UN Human Rights Council.

A United States-initiated resolution that expressed “grave concern at the ongoing human rights and humanitarian crisis in Ukraine” on Thursday received 93 votes in favour and 24 against, with 58 member states abstaining from the process.

After the vote, Russia announced it was quitting the council.

The resolution came after the discovery of civilian bodies in the town of Bucha near Kyiv.

Prior to the vote, Ukrainian ambassador Sergiy Kyslytsya urged countries to support the resolution. 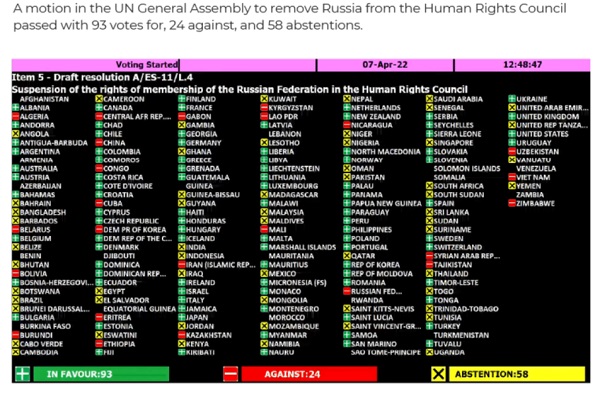 “Bucha and dozens of other Ukrainian cities and villages, where thousands of peaceful residents have been killed, tortured, raped, abducted and robbed by the Russian army, serve as an example of how dramatically far the Russian Federation has gone from its initial declarations in the human rights domain. That is why this case is unique and today’s response is obvious and self-explanatory,” he said.

It will be recalled that in February Ghana backed a resolution that was vetoed by Russia.

That resolution strongly condemned Russia’s invasion of Ukraine and called on Moscow to withdraw its troops immediately and provide safe access for humanitarian relief work.

Eleven member countries voted in favour of that resolution. China, India and the United Arab Emirates abstained. Russia, which has veto power as one of five permanent members of the council, voted against it.

Here is a country breakdown of the General Assembly vote:

Member states that voted against the resolution