Ukraine grateful to Ghana, 10 others for backing resolution vetoed by Russia 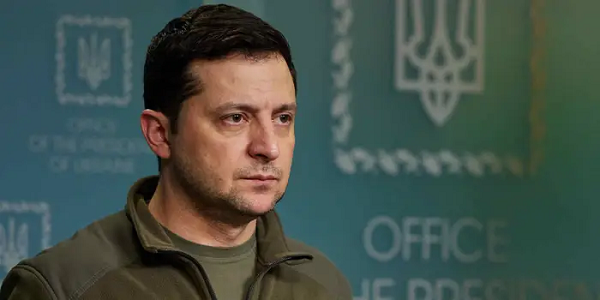 Ukraine President Volodymyr Zelenskyy has expressed gratitude to 11 countries including Ghana for backing a resolution that was vetoed by Russia on Friday, February 25, 2022.

In a tweet (below), Mr Zelenskyy said the veto of Russia was a bloodstain on its plaque in the Security Council, the map of Europe and the world.

The resolution, written and presented by the United States and dozens of its allies, strongly condemned Russia’s invasion of Ukraine and called on Moscow to withdraw its troops immediately and provide safe access for humanitarian relief work.

Eleven member countries voted in favour of the resolution. China, India and the United Arab Emirates abstained. Russia, which has veto power as one of five permanent members of the council, voted against it.

The draft resolution is now expected to be taken up by the 193-member U.N. General Assembly.

Russia is a Security Council veto power, along with the United States, China, France and Britain.

China's abstention comes just weeks after Beijing and Moscow declared a "no limits" partnership, backing each other over standoffs on Ukraine and Taiwan with a promise to collaborate more against the West. read more

Russia's U.N. Ambassador Vassily Nebenzia thanked the Security Council members who did not support the draft, which he described as anti-Russian.

"Your draft resolution is nothing other than yet another brutal, inhumane move in this Ukrainian chessboard," Nebenzia said after the vote.

There was a rare round of applause in the Security Council chamber after Ukraine's U.N. Ambassador Sergiy Kyslytsya held a moment of silence during his statement to remember those killed.

"I'm not surprised that Russia voted against. Russia is keen on continuing its Nazi-style course of action," he said.