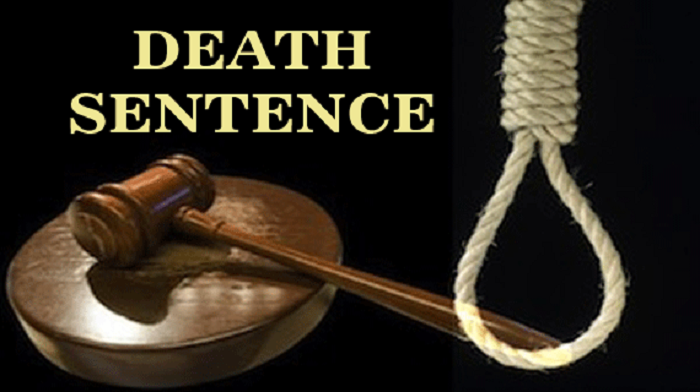 Three Kenyan men who stripped and attacked a woman in a bus have been sentenced to death by a magistrate in the capital, Nairobi. The death sentence was imposed after the three were convicted of robbery with violence, a Star newspaper reporter told the BBC.

A further 25-year sentence for stripping the woman was suspended due to the death penalty handed down.

The incident was recorded and shared widely on social media three years ago.

The video sparked protests, with hundreds of women marching through Nairobi.

Chief magistrate Francis Andayi said that those convicted had taken part in a "senseless and uncouth attack that they seemed to enjoy because they were cheering as they stripped the woman", the privately owned Daily Nation newspaper reports.

This episode was part of a wave of sexual assaults in Nairobi during 2014, the BBC has said.

The victim had told the court that there were about seven men in the bus and they wanted to rape her but she lied that she was HIV-positive.

She said the video recording was only 59 seconds long but the incident lasted longer.

The charges against them stated that on the night of September 19 and 20 at Millenium petrol station in Githurai 44, jointly with others, they robbed a woman identified as H E W (to protect her identity) of Sh10,200, a Samsung Galaxy mobile phone worth Sh27,000, one bottle of perfume, a clutch bag and a make-up kit all amounting to Sh41,700.

They further faced a charge of sexually assaulting the victim in the incident that caused an uproar after a video clip of the act was circulated on social media.