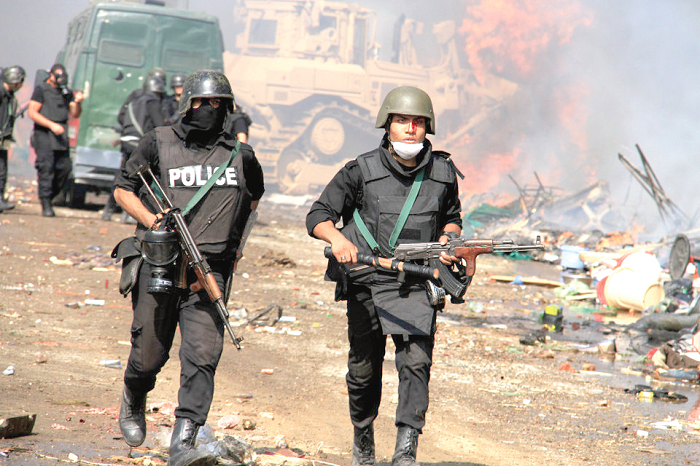 Egyptian security forces have killed eight suspected Islamist militants belonging to the Hasm movement in what officials said was a training camp in a southern desert region, the interior ministry said yesterday.

Five other militants were arrested in operations carried out in Giza and Sharqiya regions, it said. Automatic rifles, ammunitions and supplies were recovered at the Fayoum camp southwest of the capital, the ministry said.

Hasm, a group that emerged last year and has claimed several attacks on security forces, said last Friday it had carried out a shooting last week in Fayoum, a province about 60 km (37.28 miles) south of Cairo, that killed one policeman and injured three others.

An Islamist insurgency in the rugged Sinai Peninsula strengthened after the Egyptian military overthrew President Mohamed Mursi of the Muslim Brotherhood in mid-2013 following mass protests against his rule.

The militant group staging the insurgency pledged allegiance to Islamic State in 2014. It is blamed for the killing of hundreds of soldiers and policemen, and has started to target other areas, including Egypt's Christian Copts.