Sad season of coups in Africa

BY: Nana Kwasi Gyan-Apenteng
Category: The view from here 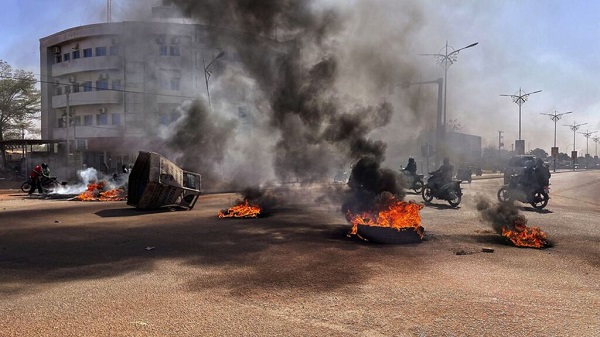 LAST Tuesday night, February 1, a BBC commentator whose name I did not catch described the current situation as a “season of coups in Africa”. The person went on to note that the frequent coups in the 1970s and 80s gave way to democratic elections, but they appear to be making a comeback.

The comments came during a confused evening in Bissau, the capital of Guinea Bissau where the government appeared to have foiled a coup attempt. If the soldiers, who were said to have captured the President had succeeded, it would be the 44th coup or attempted coup in Africa since 2010 with more than half of them occurring in the last six years.

For a reason I cannot explain, the phrase “season of coups” immediately brought to mind the title of Wole Soyinka’s critical novel, The Season of Anomy, but on reflection, there are echoes of our current situation and the central theme of that book in which idealism clashes fiercely with realism in a story of love in the midst of rampant rot and corruption.

A coup d’etat is essentially the ultimate state capture by a group of people using the tools provided by the state for its own defence. There can be no better (or worse) example of anomy, also spelt anomie, than the situation in which a group of soldiers depose and often humiliate their own commander-in-chief, for anomy is defined by Britannica as “a condition of instability resulting from a breakdown of standards and values or from a lack of purpose and ideals.

The spate of coups in recent times has, of course, created many conversations in the media and social media with many different shades of opinions at play. One popular idea which is almost coalescing into some kind of theory is that coups signal a failure of politicians or the “political class”, as the collective noun has rather pejoratively evolved. Some go as far as use this assumption as a justification for coups, and even those who don’t use it this way, see it as an explanation by which to attack the much maligned political class.

Their case is easy to make. The promise of democracy in providing a platform for all of us to pursue happiness and prosperity has not been realised. By the beginning of this century, there was considerable optimism that Africa had either turned the corner or was about to do so. One reason for the sunny outlook was that coups appeared to be on the wane with either soldiers losing their appetite for seizing power or civilian politicians getting their act together.

The number of coups in recent times would tend to show that neither is the case. There are soldiers whose appetite for power is as strong as ever, and of course, as we have noted, civilian politicians have not delivered on their promises. Today, the word anomy probably describes Africa’s situation better than at any other time.

Of course, statistically, the continent is better off now than ever before. Take this one fact: there are 120,000 millionaires in Africa with 22 of them being billionaires. Now you ask, here is your answer: according to Graphic online, Accra has 2,300 dollar millionaires. If, like me, you live in Accra, you may be wondering where these 2,300 millionaires are hiding since you have not come across them lately. As

Americans say, me neither! The reason is that the number of poor people so far outstrip the rich ones that looking for the latter is like looking for the proverbial needle in a haystack. Africa is home not only to most people but to the absence of social justice.

Earlier on Tuesday, before the news of the coup attempt in Guinea Bissau was announced, I heard a comment from Citi FM’s Bernard Avle who read a letter from a Ghanaian abroad who had just finished his studies and wondered whether to return to the motherland. To put it bluntly, Bernard and his panellists in the studio thought this was the most hilarious proposition since the person might not even get a job “in NABCO”. It is a serious indictment of Africa’s current leadership that Africa’s youth are prepared to risk everything to cross oceans in dangerous boats to go and do the most menial jobs abroad.

According to the African Development Bank (AfDB), one third of Africa’s 420 young people (between 15 and 35 years old) were unemployed in 2015. Another third were vulnerably employed; only one in six is in wage employment. Of course, these averages obscure the dire situation in a country like Guinea Bissau which is ranked one of the world’s poorest and most fragile countries.

Different reasons are given for the coups and instability in our continent, but the bottom line is the lack of resolute leadership to deal with the problems. There are countries in Africa with leaders who have monopolised power for decades; others regularly rig elections to cling to power while even countries that hold elections appear not to have the key to unlock prosperity for the masses.

It is easy to blame leadership as a general proposition but Africa’s problems have lingered for long and its malaise goes deep. The neo-colonial structure of our economy has not changed, so how can we expect a change when we keep doing the same thing over and over again? The answer to that question will be the key to the problem.

However, of one thing we must all agree: military coups are never the solution. They have never been and will never be. They make the situation worse by creating divisions and undermining the command structures in the defence apparatus, dislocate the economy further and create a new elite whose main purpose, as we have seen, is to grab power and wealth.