Lest we forget: Quick reminder of some Portuguese words in Akan and Ga 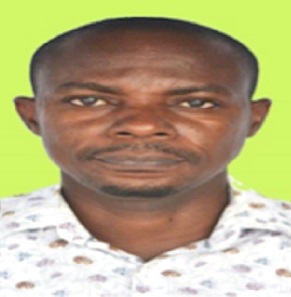 It's another World Cup Final, and Ghana has been placed in the same group as Portugal.

In FIFA's prestigious tournament, we first met the Portuguese senior national team in 2014, when they defeated Ghana 2-1 in their final Group G match.

Ghana had a poor showing in the tournament because our players were squabbling over winning bonuses. Enough of that already. Let's take a look back at the two countries' interactions from the standpoint of historical linguistics.

Later, Cabo Corso was anglicised to Cape Coast, indicating that this headland served as a landmark for sailors from the time that European settlers first arrived in the region. This was possibly the first linguistic contribution from Portugal to Ghana's linguistic history.


Upon the discovery of the riches of the coast, they launched their imperial expansion. Subsequently, on January 19, 1482, Diego d’Azambuja arrived in Adina (now Elmina) to strike a deal for them to permanently settle in Gold Coast due to the abundance of gold.

To further their trade, particularly in gold and slaves, the Portuguese built the first castle on the Gold Coast in Elmina in 1482. After defeating the Portuguese in 1637, the Dutch took control of the castle at Elmina.

The contact between these two races came with its own challenges. How could these two distinct groups with different languages communicate meaningfully with each other? History tells us that Portuguese was a trade language on the Gold Coast. 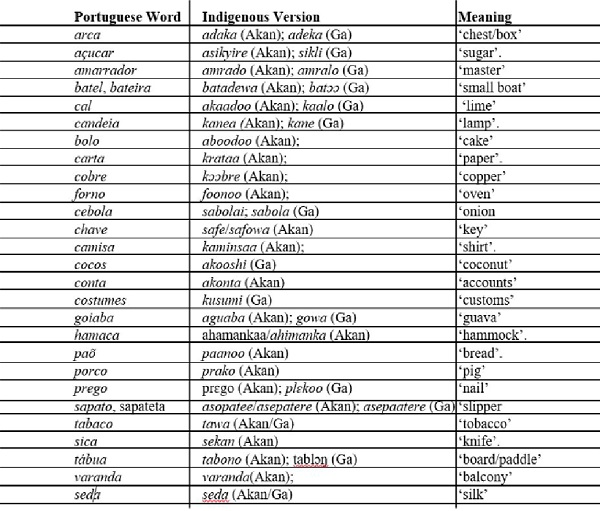 This perhaps resulted in a ‘pidgin Portuguese’ called the ‘country Portuguese’ which was only spoken and was used in trading and signing contractual agreements with the indigenes. It is on record that after their defeat in 1642, a number of Portuguese-speaking European residents in Elmina and Axim taught Portuguese to the local boys in schools.

In the 1570s, Augustinian missionaries at Elmina taught Portuguese to mulatto children in the castle schools for several years. Some Portuguese also settled at Abakrampa and Komenda (both in Central Region).

Whenever two languages interact, they exchange linguistic materials. Lexical borrowing is the term used to describe borrowing that only involves vocabulary items (words).

In Twi, they will remark, Wopɛ aborɔfosɛm dodo to wit you like using too much of English. However, if you use words like kanea or asikyire in conversation, they won't respond with Wopɛ Portuguesesɛm dodo. These words, however, are not typical of native Akan language.

In actuality, these and numerous other words have Portuguese roots of which they might not be aware partly because they perfectly fit into our native languages. Yes!

It is also expected because words that are borrowed from one language into another are usually adapted to fit that language's phonological structures. Or perhaps, they are unaware of the 166-year-old encounter our ancestors had with the Portuguese. I present only 27 examples of such words.

To better appreciate the phonological change between the Akan/Ga and the Portuguese versions, go to Google and listen to the Portuguese pronunciation of the words.

Do you know any other Portuguese words that sneaked into any of the Ghanaian languages? To the list, add up.

As we lace up our boots and wait for the start of the game between the two nations, let the fun begin.

The writer is a Tutor, Department of Languages, St. Joseph’s College of Education, Bechem, (PhD student, Department of Teacher Education, KNUST) E-mail: This email address is being protected from spambots. You need JavaScript enabled to view it.