Lawlessness carried too far - How scandalous 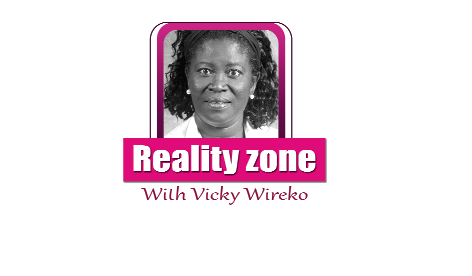 Lawlessness carried too far - How scandalous

It is the kind of video that would receive an immediate reaction of: “OMG”. Indeed for three times, that was my exclamation as I watched the short video on a disgraceful behaviour of two male adults on an aircraft.

My verdict was how ludicrous and disappointing to see two grown men throwing blows after heavy exchanges in an airplane during boarding process for takeoff.

The video that went viral last week on social media related to two men who were at each other’s throat as they went through the process of boarding the plane.

Unfortunately, the video does not give any indication which aircraft they were in.

A heated argument arose between the two because one of them, a passenger with his seat further down the aircraft, could not find space for his hand luggage and had come forward to take an overhead cabin for another seat.

Boarding was still in progress and so naturally, he should have waited.

The rightful assigned occupier of the seat and therefore the empty hold was yet to load his hand luggage and would not allow this “usurper” from putting his stuff in there.

That resulted in an argument with the other one insisting that no one owns an aircraft cabin hold.

But I guess it is for reason such as this – to stop chaos and confusion – that every seat has an assigned overhead hold for hand luggage. That is the normal practice, right?

So why was the confusion with the other man claiming right to someone else’s allotted hold? And he had others vehemently supporting him.

Surely, seats and consequently overhead cabin holds are not free for all or taken on first come first served basis as one would in a “tro-tro” or other commuter vehicles.

As I watched the video, I kept bowing my head down in shame amidst disgust. Why do some people like to bring the name of our dear country into ridicule to the extent of branding Ghanaians as undisciplined?

Both men and those captured in the video looked very much Ghanaians living abroad coming home on visit.

So you ask, with all the exposure to orderliness acquired abroad, they could not restrain themselves and do what was needful? Such as calling for help from a Steward?

The clear lawless behaviour the two men exhibited in the video was no doubt going to confront them in many forms on the streets of the capital, Accra.

Will they have the guts, when that happens, to condemn say an Okada rider who rides carelessly and crosses red traffic lights or the taxi driver who stops by the next open gutter to urinate?

Well-meaning Ghanaians home and abroad have discussed and invariably condemned impunities and lawlessness that cast slurs on us.

To me, what I saw in the video is a clear example of the anarchic behaviours we condemn and abhor.

The lowering of standards by the two men who qualified to be responsible fathers over an aircraft’s overhead storage cabin should have been immediately offloaded from the aircraft by the pilot to teach them lessons. But it did not look like they were reprimanded.

The flight attendants all vanished from the scene except for one who appeared only when physical blows were freely flowing.

Yes, they sometimes care less about our irrational behaviours as adults and that was a clear example of how they would treat us with contempt to sort out our own mess.

Any wonder that despite the prescribed allowed weight for hand luggage, their ground staff continues to look on and sometimes allow travellers boarding to carry overweight bags into the aircraft.

Then they go in and struggle for overhead cabin storage having defied convention.

As understandable as this may seem, unless the man thought in an aircraft, one can use macho powers to do as one likes, such argument leading to physical attack should never have arisen.

It would not have come up if the ground staff had disallowed any overweight hand luggage to be carried on board as they used to insist on some time ago.

They do not care anymore to our supposed disorderly manners when it comes to boarding aircrafts.

It is a shame that the two gentlemen in the disgraceful social media video were not sanctioned by the airline to remind them of the need to conduct oneself when out in the public space.

It may have been their luck to get away but one sincerely hopes that they regretted for having disgraced themselves and their country in that manner.