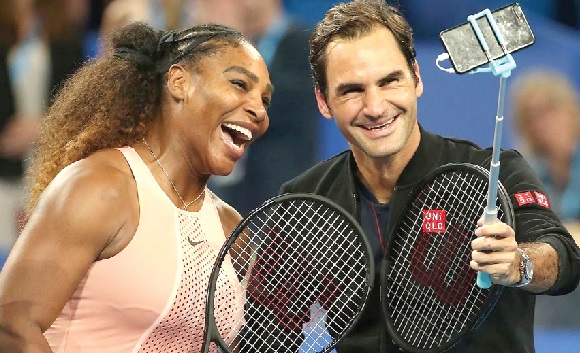 Nonetheless, it still made me uncomfortable.

So before tackling the acronym GOAT, what is an acronym?

An acronym is an abbreviation formed from the initial letters of other words and pronounced as a word. Examples are:


While some acronyms are short and crisp and easy to pronounce, others are not. For example, many years ago, I was told the acronym NKATOATECO stood for Nkawie-Toase Technical College.

While some acronyms have been around for a long time, ‘GOAT’ is a relatively new entrant into the world of acronyms.

The coinage or acronym GOAT stands for ‘Greatest of All Times’. So while Federer and Williams may be the male and female GOATS of tennis, Muhammad Ali is generally said to be the boxing GOAT.

Indeed, it is in reference to Ali that the acronym GOAT was born. In September 1992, Lonnie Ali, Muhammad Ali’s wife, incorporated ‘G.O.A.T’ as ‘Greatest of All Times’ for her husband.

On October 13, 2022, it was announced that the football used in the 90-minutes quarter-final 1986 Football World Cup match in Mexico between Argentina and England would be auctioned on November 26, 2022 for about $3 million. Argentina won by 2-1 and went on to win the Cup, beating West Germany 3-2 in the finals on June 26, 1986.

That football or ‘leather-globe’ has become iconic mainly because it was the ball Maradona controversially scored with his hand in a mid-air tussle with English goalkeeper Peter Shilton.

When he admitted in later years that he punched the ball past the goalkeeper into the net, he called it “the hand of God”. For that, Maradona is loved and hated in equal measure.

Indeed, another of football’s greatest, the English player Gary Lineker who won the ‘Golden Boot’ for scoring six goals in the 1986 tournament and who scored England’s consolation goal in that 1-2 loss to Argentina in Maradona’s “hand of God” match, said even though his off-field conduct with drugs and other misdemeanours were bad, “arguably, he is football’s greatest of all times”.

Lineker went on to share his admiration for Lionel Messi who is also Argentine. However, in terms of raw skill, he put Maradona ahead.

As for Referee Ali Bin Nasser of Tunisia who refereed the match, he stated that he was blessed to have refereed a match which produced two of football’s greatest goals, one controversially with Maradona’s “hand of God”, the other classic after Maradona had beaten five English defenders in a row! It was subsequently described as the “goal of the century!”.

Incidentally, together with my Finnish roommate Yussi, we watched that great match on June 22, 1986 from our room in Graduate School in Ottawa, Canada!

Pele, who earlier helped Brazil win the World Cup three times in 1958, 1962 and 1970, has often been described as the greatest of all times. Unfortunately, many football lovers were not born when he played.

Probably, who a ‘GOAT’ is, is generational.

In the 1960s to 1970s, perhaps up to 1982, when Ghana won the African Cup four times, the first African country to do so, we were called the ‘Brazil of Africa!’. We saw great players such as Aggrey-Fynn, Edward Acquah, Osei Kofi, goalkeeper Dodoo Ankrah, etc. whose names should have been etched in gold.

In athletics, then young L/Cpl Mike Ahey (now 82) won the 1962 Commonwealth Games long-jump gold medal in Perth, Australia, and a silver in the 110x4 yds relay.

So in the sporting field alone, there are many Ghanaian ‘GOATs’.

A question which is becoming more common by the day from foreign friends is, “Why do you Ghanaians not appreciate the achievements of fellow Ghanaians?”

One angrily said, “You even go to the extent of denigrating the memory of Osagyefo Dr Kwame Nkrumah, ‘the African of the millennium’ whom the whole world respects?” He added, “History will not forgive you for touting mediocrity.”

“What you are shouts so loudly in my ears, I cannot hear what you say!”

With all his faults, including drug addiction, Maradona is still a revered ‘icon’ in Argentina!

Please, praise our own Ghanaian ‘GOATs’. Remember the saying, “For as you do unto others, so shall it be done unto you!”

I look forward to the acronym ‘GOAT’ metamorphosing to ‘BOAT’ (Best of All Times).

The writer is former CEO,