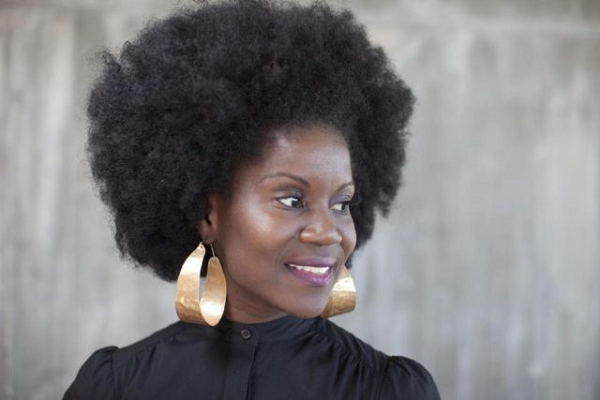 History tells us that in slave days in America, white women would often shave off the hair of their enslaved female servants because it supposedly “confused white men”.

I made it a point to find out what was it about African women’s hair that “confused” the white husbands. I found out.

Caught off guard lustfully staring at African female slaves, the white men had no excuse but to manufacture an explanation. Invariably, not many days after their rationalisation, the men ended up with four legs with the African servants in bed.

The African woman was simply a paragon of beauty and the hair played a part. Some slaves wore cornrows and others braided or plaited it.

Many simply combed the hair. It is a known fact that the slaves took many of their African customs with them, including their specially-designed combs.

Fashion historians recall that “the combs have (bigger) width between the teeth because African-type hair is very fragile".

Combed into full bloom (what later became known as Afro hair during the civil rights movement), their hair aroused all sorts of imagination in the white man’s mind.

So what changed? In other words, what explains today’s African women’s unbridled fascination with chemicalising their hair to take on the texture of white women?

As far as I can remember, my aunty would ‘stretch’ her hair for Christmas, Easter and special occasions, using a hot metal comb heated on hot coals.

Those were the days before the hair salons of today, where the hair is now conditioned and softened, making it malleable to the hot rollers and dryers that produce curly hair.

My elder sisters would come back from the salons looking “as gorgeous as a white woman!”

But one of my sisters had other reasons to convince herself. “As a working woman, I can’t afford to spend long hours plaiting or braiding.”

Of course, who was I to remind her that she actually did more time at the salon than at the chemical-free hair plaiting or braiding woman’s home?

Highly educated and corporate women had another reason, that the African’s natural hair was “unmanageable”.

If enslaved African women landed in America with the kinky hair which they either plaited or braided, what brought about the change?

African American history reveals that “as Black women flocked to cities such as Chicago and New York and took jobs as domestic servants, braids soon became synonymous with backwardness.

The stereotype was that “a braid was a sign of unsophistication, a downgrade of a Black woman’s image”.

He continued: “As African-American women wanted to look city-fied, under pressure to fit in with mainstream white society, many chose to assimilate, trading off their plaits and cornrows for chemically straightened or pressed tresses”.

In continental Africa, the harm began in the colonial era.

European residents in Africa and their colonial governments, “in a bid to assert racial domination, went as far as fabricating scientific data to prove that the African was a lesser human, all in a means to justify the ‘civilisation’ of Africans”. Whites were the models of beauty and African girls would pay anything to look like their white madam.

This article is written to assert that the African is not inferior. Today, we know that Jesus Christ, in his earthly incarnation, walked on this earth as a dark skinned person. If in doubt, ask why inside the Basilica, the Pope (all Popes) pray kneeling in front of a cross with a black Jesus!  In many historical records, Jesus is portrayed as a person with woolly, kinky hair.

Africans are not inferior. You may either google or travel to the Bisa Aberwa Museum in Sekondi. You will encounter African inventors of note, particularly the three African American women who were known as ‘The Computers’.

In those pre-computer years, America’s space exploration, including landing on the moon was on the back of the mathematical computations of these three women.

Over 60 years after colonialism, the psychological remnants of subjugation are still present in Africa, manifesting in self-deprecation, under-valuing and disparaging of ourselves.

Many women, corporate execs, university students, kayayei etc, sport curls and waves without questioning why natural hair is not their preference.

God did not make a mistake. He did not give us our kinky hair expecting us to spend millions of dollars importing chemicals to turn it into curls and waves.

So far, the only beneficiary is the multinational hair chemical industry, and the billionaires behind it. I may start a campaign.

Any volunteers? The beneficiary will be our self-image and self-worth.

The writer is the Executive Director,

Centre for Communication and Culture,