What can we do to avoid IMF? 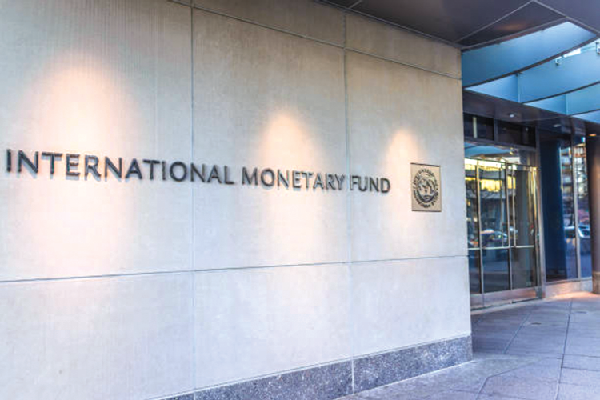 A section of the IMF headquarters building in Washington DC, USA
30.5k Shares

For a very long period, many governments that have been in office in Ghana have gone to the International Monetary Fund (IMF) for bailout when there are very serious economic challenges facing the country while various measures taken to improve the economy have failed to produce the desired results.

Currently, the country has entered into negotiations with the IMF for bailout for the seventeenth (17th) time. This clearly shows that there is a problem.

If there is a problem, the question is, "What should Ghana do to avoid going to the IMF for bailout?” The first step in resolving a problem is to find out the underlying causes which have led to the problem.

There are many reasons why Ghana has been going to the IMF for bailouts. Some of the major reasons are the absence of a National Development Plan that is not based on the manifestos of political parties, excessive wastage of resources resulting from the stoppage of work on many development projects financed with foreign loans approved by Parliament and at various stages of completion by successor administrations.

Others are the huge expenditure on political party campaigns during election years which include mounting of billboards and platforms, purchase of vehicles fitted with loud speakers, running and maintenance of vehicles, payment for hotel accommodation, printing of posters, purchase of T-shirts, sewing machines, hair dryers, bicycles, rice and cooking oil, and vote buying.

The rest are the huge expenditure on the large size of government, foreign exchange on importation of various items including drugs, goods and foodstuffs such as tomatoes and onions from neighbouring countries and failure to add value to the country’s exports such as cocoa and timber to earn more foreign exchange have been some of the causes of our problems as a country to seek for bailouts from the IMF.

“In finding solutions to the problems, there should be a national development plan in place prepared by a body made up of personnel comprising both the academia from different disciplines and seasoned practitioners from various sectors of the economy”.

On excessive wastage resulting from stoppage of work on development projects, the country should adopt a “No-Political Party, All Inclusive Politics” that would harness the best talents and skills of all people.

It is necessary to outline the distinctive features of the No-Party, All Inclusive System that will distinguish it from the One-Party System and Multi-Party System.

The Electoral Commission will conduct all elections for Members of Parliament and the Executive President while candidates for parliamentary elections will be voted for and selected on the basis of public - interest, integrity and competence with the state financing all elections.

There will be no Majority Leader or Minority Leader in Parliament with the Executive President appointing Ministers of State on the basis of competence and integrity.

These will also ensure that all appointments in the public services will be based on competence and integrity with the maximum utilisation of the talents and skills of all Ghanaians.

A Constitution will be put in place to include an Article that will prohibit any successive government to stop a development project started by a previous government with foreign loan approved by Parliament.

On the issue of huge expenditure on political party campaign, the Electoral Commission will mount platforms for all candidates competing for any position and provide the requisite resources, including vehicles fitted with loud speakers, while there would be no need to entice voters with items such as sewing machines and bicycles.

As in the case of assembly elections, voters will use such factors as public -spiritedness and integrity to influence their choices and there would be no need for party offices to be established in the various constituencies.

With the above suggestions, the country would reduce the huge expenditure on elections.

On large size of government, a body made up of political scientists and management experts will determine the size, composition and structure of government, as well as decide on the number of ministers and deputy ministers.

Another body would determine the emoluments of Members of Parliament and Ministers of State to ensure relativity with salaries paid to public sector workers.

On high expenditure on imported items, the Ministry of Trade and Industry should design programmes to facilitate the establishment of industries in various sectors of the economy to produce local substitutes for imported items with the various research institutions in the country well-resourced and staffed to carry out research that would lead to the development and manufacture of products that would replace imported items.

In conclusion, there is a need for national unity as we are divided as a nation to enable us agree on a national development plan coupled with the above solutions to propel the country to the level that we would no more go for an IMF bailout.

As the Lord Jesus Christ cautioned in Matthew 12: 25, Mark 3:24-25 and Luke 11:17 “that any country which divides itself into groups which fight one another will fall apart".

There is truth in the saying that “there is strength in unity”.

Divided we fall; united we stand.

The writer is a former Director-General of Ghana Posts and Telecommunications Corporation and Former Managing Director, Ghana Telecom