Leaders are masters at being unpredictable 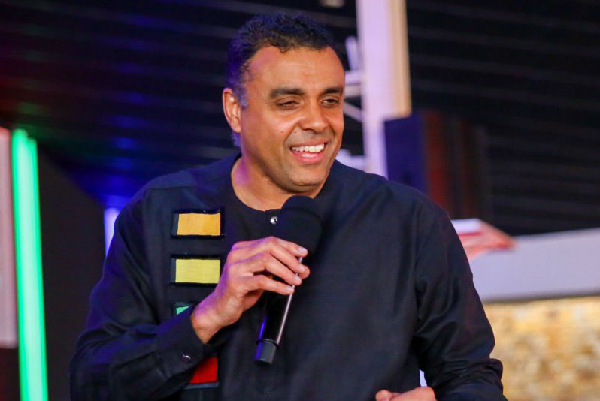 Being unpredictable creates a sense of mystery. No one can tell what you are going to do next. When you are unpredictable, it is difficult for people to neutralise the anointing on your life through familiarity.

Even though most snakes are harmless, you can never tell what a snake is going to do. Will it strike? Will it run? Will it flee? Is it poisonous? Is it harmless? Is it dangerous? Can I kill it? Serpents are wise because they are unpredictable.

Many pastors have the anointing on their lives cancelled by familiarity. Everyone knows what they are going to do next.

Both the Holy Spirit and Jesus are unpredictable in many of their operations.

• Jesus Christ was unpredictable when he was invited to the feast. At one point everyone thought He would come. At another time He said He would not come. In the end, He went to the feast and ministered powerfully. Notice how Jesus used the key of unpredictability. John 7:2-10

• Jesus used the key of unpredictability in deciding where He would preach. When people thought he would stay in town, He decided to go to the next village.
And when they had found him, they said unto him: “All men seek for thee. And he said unto them, Let us go into the next towns, that I may preach there also: for therefore came I forth.” Mark 1:37-38

•  Jesus used the key of unpredictability in preaching. When everyone thought He would say something nice to gather larger crowds, He suddenly told them to drink His blood and eat His flesh. And the crowds left Him and walked no more with Him.

“And he said, ‘therefore said I unto you, that no man can come unto me, except it were given unto him of my Father. From that time many of his disciples went back, and walked no more with him.’” John 6:65-66

• Jesus used the key of unpredictability when He was at the peak of His ministry. Instead of continuing His ministry on earth, He decided to terminate it after three years and hand things over to His apostles under the influence of the Holy Spirit.

5. Jesus used the key of unpredictability in His healing ministry. It was difficult to tell what strategy He was going to use to minister to the next sick person.

• Jesus used the key of unpredictability in relation to eating and fasting. There were times everyone expected He and His disciples to fast, but they would eat. He fasted so much at the beginning of His ministry that only Moses could be compared with Him. He ate so much at other times that He was criticised for being a glutton.

• Jesus used the key of unpredictability in His relationships. At times He only related with His disciples. At other times he moved around with the rich, famous and the corrupt. Everyone was shocked when He went to Zacchaeus’ house. Others were offended when He allowed Mary to wipe His feet with her hair.

A person who is born of the spirit will be as unpredictable and unreadable as the wind. This is bad news to his enemies! And every leader must overcome his enemies to forge ahead!

“The wind bloweth where it listeth, and thou hearest the sound thereof, but canst not tell whence it cometh, and whither it goeth: so is every one that is born of the spirit.” John 3:8