Voice of the silent majority 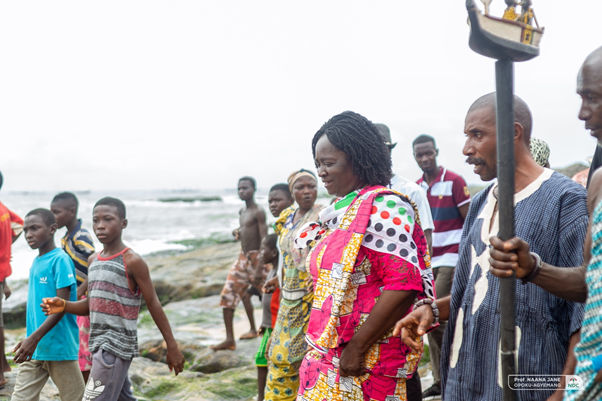 This is the turning point of the campaign season. Almost the entire partisan base of the National Democratic Congress are poised and determined to challenge the political establishment.

Ghanaians have decided to take the bull by the horns and put a stop to the politics of our past.

The goodwill previous governments within the 4th Republic enjoyed when we returned to the democratic political system has waned. The expectations and aspirations of the electorate have changed significantly.

Instead, vigilante groups, sympathetic to the New Patriotic Party, have infiltrated key state institutions such as National Security and the Bureau of National Information; the press fraternity is still scarred by the gruesome murder of Ahmed Suale; and the Volta Region has been targeted for voter suppression.

Then there are other views commonly held by the silent majority; the anti-establishment citizens. And it is the perception that the fundamental pillars of our democracy that are supposed to check and balance the excessive power of the government, such as the Judiciary, Electoral Commission and mainstream media, have been compromised.

This is why the NDC has expanded its reach and captured the support of once undecided voters.

Public opinion suggests there are simple reasons for this: The gap of inequality is wider than ever; nepotism continues to undermine the prospect of a fair and equitable society; ethnocentrism is on the rise; and, lastly, the economy has been poorly managed.

The Vice-Presidential candidate for the National Democratic Congress, Prof. Naana Opoku-Agyemang, is regarded as the voice of the silent majority. And that is because Ghanaians can vouch for her integrity; she has the discipline to restore dignity in our politics.

This is a stateswoman who is against the two separate justice systems that operate in Ghana: one for the poor and the other for the rich & connected.

We must deconstruct the structures that support institutional corruption. And this must be done with an iron-fist. The Jubilee House can no longer be used as a catalyst for an oligarchy in Ghana.

Since Prof. Jane resumed her tour of the Central Region it has been clear: there is a sudden sense of urgency. It’s glaring and her campaign staff is in sync: success is the only option and we cannot afford to make this historic occasion slip away. We shall campaign on every corner of the hinterlands, on the sea and in the mountains — we shall never surrender until victory is ours.

The Ghanaian is awakened to the threat this government, structured as a pseudo colonial institution, ever ready to place the Republic in the firm grips of a select-few, poses to our welfare. We have an extortionist out-of-touch elite at the helm of national affairs who are quite frankly unenthusiastic about the Ghana project.

We can choose four more years of Akufo-Addo’s divisive politics, failed social interventions and poor economic management – or we can usher our Republic into a new era of Ghanaian politics.

It isn’t enough to win the Presidential race. The Office of the President would not get any support from an NPP dominated parliament; it will be practically impossible to steer Ghana in the right direction.

From the northern to southern part of Ghana, and everywhere in-between, the National Democratic Congress has a formidable team of candidates ready to take over parliament and retire Mike Ocquaye. This is why we must avoid a hung parliament and secure a majority to put Ghana back on track.

This election is about the struggle to preserve our national identity, protect our democratic franchise and develop our economy. John Mahama and Professor Naana Jane Opoku-Agyeman are focused on creating equal opportunities for all Ghanaians, expanding the middle class, improving healthcare and providing progressive governance. Ghana needs an all-inclusive leadership that shall ensure the unity of all provinces: linking each clan to the superior ideals of the Republic, citizen to fellow citizen and Ghana to Pan-Africanism. John Mahama and Professor Opoku-Agyemang can do this.