Is Wontumi above the law? 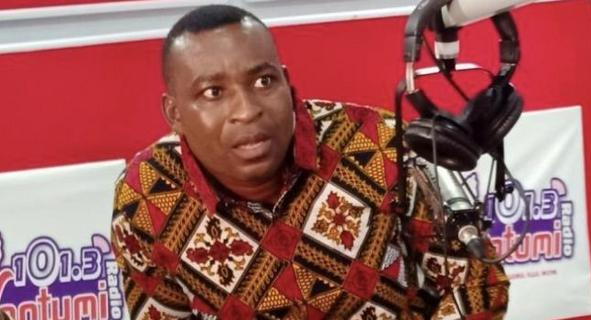 Some things are impossible in party politics, or almost impossible. In Ghana, one of them is putting a political big fish on trial while his party is in power. It is rare, as rare as catching a fowl in the act of urinating.

When, therefore, earlier in the week, President Akufo-Addo promised Ghanaians that he would not shield any ‘galamseyers’ even if they turned out to be members of his own party, I could not suppress a snicker.

Dare this regime touch “Chairman Wontumi”, that powerful NPP Chairman of the region who made Akufo-Addo a second-term President?

The more I considered the details of the story about the confrontation between security forces and agents of Wontumi’s Akonta Mining Limited within the forest reserve at Samreboi, the more I was convinced that this nation was tossing a coin on Akufo-Addo’s future: heads he loses, tails he loses.

Fact is, Wontumi has not denied the presence of his company vehicles and agents in the forest reserve: he says he goes there, but not to mine; only to prospect because he holds a legitimate licence to that effect.

Could the State legally nail him in a trial?


Conversely, could an NPP government afford not to take him to court? On the President’s head, therefore, hangs the sword of Damocles.

That may explain why, in spite of the very daring press statement warning Akonta Mining Limited off the forest reserve, Jinapor’s ministry has not issued threats to prosecute the company and its directors. With what evidence?

I heard Ken Ashigbey claim to possess drone shots that showed the company’s workers mining in the reserve. In a viral video shot by UTV reporters, one does see evidence. But what evidence? Was the company caught in the very act? I called UTV during the week and the Newsroom person I spoke to (God, I didn’t get his name!) said the station’s reporters could swear that they and the chiefs and some people of Samreboi allegedly saw the company’s agents and assigns washing gold in the river.

Tricky, I tell you. Like the 2017 case initiated by Occupy Ghana in which the Supreme Court granted reliefs with respect to the Auditor-General's powers of disallowance and surcharge, trying politically exposed galamseyers may have to be a job by SOEs.

Money and politics in Africa! Most dangerous bedfellows, yet they are always mating. Did anyone see the viral video a year ago when policemen entered a galamsey mining concession, saw evidence of illegal mining and attempted to seize the evidence?

Live, on camera, one of the macho men made a phone call. He handed the phone to the head of the police. After listening to the voice at the end of the line, the police left without any further action.

At 89, Mr Frank Apeagyei, the PR guru, seldom displays emotion. This week, however, he cried. His heart is broken. He fears that Ghana may well be on the way to becoming a failed State.

I support the call on the government to suspend all mining activities by both legitimate and illegal miners. In addition, we must inspect all mining licences. That way we shall know the year in which they were issued to determine which party was in power.

China is now growing cocoa. Very soon they will be exporting them. This week I saw FRESH YAMS packaged from China. Yes, China. Yet we are allowing the Chinese to destroy our cocoa and other farms by the introduction of harmful chemicals into our soil and when they are caught, we file nolle prosequi.

Isn’t Otumfuo right! Does anybody want us to believe that the many regional and district security councils or the ever-present “national security” are not aware who owns what concession; who owns what chanfan?

You heard the lament of President Akufo-Addo? Says his party lost seats in all galamsey constituencies in 2020? He is afraid that the NDC will repeat its promise in 2024 to free all galamsey prisoners.

If you ask me, let us ban party politics. Of course, I know it will not happen in Ghana. The elite privileged class who should agree to let Ghana try other political systems are the ones benefiting from partisan politics.

And yet our traditional system is so beautiful. Joyce Aryee particularly admires the consensus-building approach to solving problems in our chiefs’ palaces.

Certainly, not everything about that system is perfect. Solution? Let us tweak it to answer contemporary questions of life.

There are brains in the military, academia, in priesthood, civil society, etc. Can’t we get them elected on the basis of the system by which we elect assembly men and women in Ghana – where the candidate campaigns on his/her own merit?

The writer is Executive Director, Centre for Communication and Culture.
E-mail: This email address is being protected from spambots. You need JavaScript enabled to view it.