A second meeting with Kim Jong-Un? Trump wants to win the Nobel Prize! 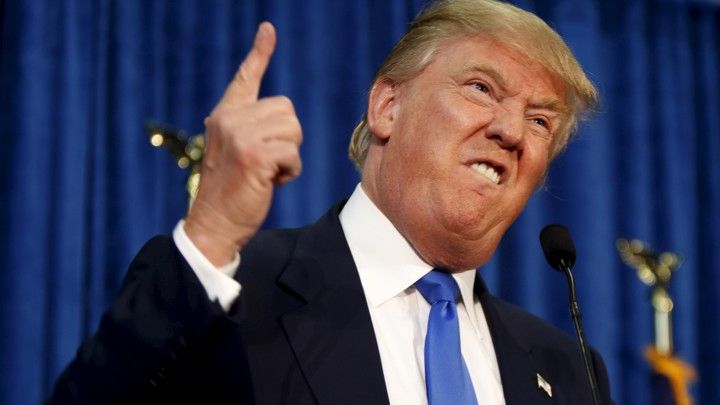 After all, he has mocked and shunned him, calling him “Little Rocket Man” on several occasions. Why has he suddenly warmed up to the man?
North Korea-US relations sank to an all-time low in June 2017 after Otto Warmbier’s death.

Otto Warmbier was an American college student who was on a trip to North Korea when he was arrested for attempting to steal a propaganda poster from his hotel in Pyongyang.

In his speech to the United Nations General Assembly on September 19, 2017, President Donald Trump mentioned Warmbier while lambasting North Korea as a rogue state.

In fact, Donald Trump was now backtracking on comments he had made about Kim after Otto Warmbier’s death, saying, “He (Kim Jong-Un) tells me he didn't know about it, and I will take him at his word."

This comment shocked Warmbier’s parents; and they felt betrayed by Trump. They released a statement saying, "We have been respectful during this summit process. Now we must speak out.

" Trump later said his remarks had been "misinterpreted", and that, "Of course I hold North Korea responsible for Otto's mistreatment and death," without mentioning Kim specifically.

I have been shocked by Trump’s double dealing. But maybe I should not.

Is this not the same man who refused to reprimand Saudi Arabia over Jamal Khashoggi’s death because the kingdom is the world’s biggest buyer of US weapons? While there is clear evidence that Mohammed bin Salman ordered the death of the Saudi dissident, Donald Trump has refused to blame the Saudi crown prince for the deed, fearing that doing so will strain US-Saudi relations.

He has also steadfastly backed Saudi Arabia in the war in Yemen — a war that has created the world’s worst humanitarian crisis.

Trump cosying up to Kim should, therefore, not raise eyebrows.

And the whole world sees his comical summits with North Korea for what they really are — an attempt to induce the Norwegian Nobel Committee to hand him a Nobel Prize for Peace.

Possibly a joint honour with Kim Jong-Un `a la F.W.de Klerk and Nelson Mandela in 1993.
But that is not going to happen.

Kim Jong-Un promised to but that promise has not been kept.

In September 2018, The New York Times reported that “North Korea is making nuclear fuel and building weapons as actively as ever” but is doing so quietly, “allowing Mr Trump to portray a denuclearisation effort as on track.

The Times reported two months later that North Korea appeared to be engaged in a “great deception” by offering to dismantle one missile base while developing 16 others.

The Times reported that this expansion programme was long known to American intelligence but contradicted Trump’s public assertions that his diplomacy was yielding results.

Immediately following the June 2018 summit, Trump had declared: "There is no longer a Nuclear Threat from North Korea...sleep well tonight!"

Trump kept his part of the deal though – ending the yearly drill exercises with South Korea that irritated Kim Jong-Un and North Korea — but has refused to lift sanctions against the secretive state.

This has angered Kim, who in turn has refused to end his country’s nuclear programme.

Who are Trump and Kim deceiving? Certainly not the Norwegian Nobel Prize Committee and certainly not me!