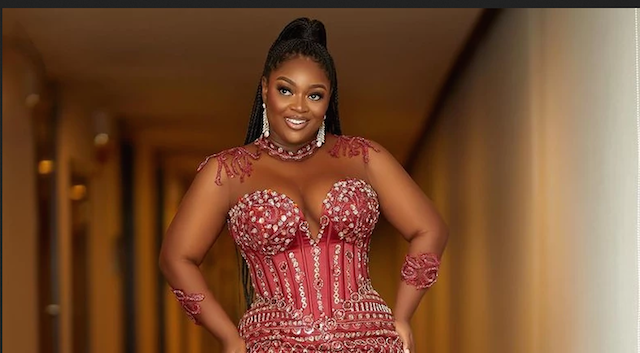 RED Carpet, the latest movie from the stables of Samis Media Productions, premieres on May 1 at the Silverbird Cinemas, Accra Mall and Westhills Mall; and at the Golden Eagle Cinemas, Kumasi on May 2.

This was communicated at the press launch of the movie held on Friday, April 15 at the Marriot Hotel, Accra.

The launch was attended by cast and crew of Red Carpet as well as a few invited guests including the Deputy Minister of Arts, Tourism and Creative Arts, Mark Okraku-Mantey and businessman Nana Kwame Bediako popularly known as Cheddar.

Speaking at the press launch, producer of Red Carpet, Samira Yakubu stated that the script has been with her for a long time.

“I have had this script for about seven years but it was so expensive to shoot but I didn’t give up.

“We finally shot it about three years ago and wanted to premiere it two years ago but COVID-19 didn’t make it possible so here we are today by the grace of God to premiere it to the media prior to the public premiere on May 1 and 2,” she said.

She said Red Carpet is star-studded and looks at the other side of being a celebrity." We always see the glitz and glam but what is it about celebrities we don’t know?

"This movie unveils it all. It is a movie you would love to watch, something that has not been done in Ghana before.

“We are not hyping it, you should be there on May 1 to see things for yourself. You get to see the producer, director and what they do behind the scenes as well as all your favourite celebrities,” she said.

On his part, Cheddar was full of praises for Samira Yakubu for pulling this one off successfully.

“Let’s congratulate Samira for a good job done, it is obvious that a lot of resources went into the making of this movie but she braved the odds to bring it alive.

“I tip Ghana to be one of the best in Africa when it comes to the movie industry.

"I would like you to do movies about Yaa Asantewaa, Kwame Nkrumah, Nelson Mandela and all the great men and women of Africa to inspire our children and the youth to really understand their roots,” he stated.

Chichi Eblett, Roger Quartey, Sandra Ankobiah and a host of others add up to the cast of the movie, directed by Frank Rajah Arase.