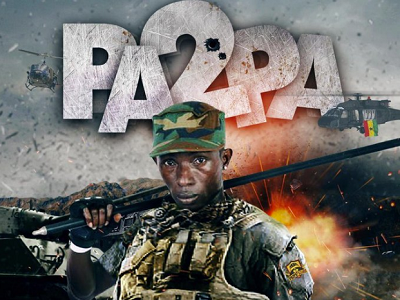 GNA reports that the Chief purchased the 16-track album during its launch on Friday at the Swedru Sports Stadium on August 16.

Patapaa, known privately as Justice Amoah, recruited the likes of Articlewan, Sista Afia, Stonebwoy, Medikal, Kwaw Kese and Fameye on some songs of the album.

Patapaa throws shots at Medikal in new song "Sure Bet"

Patapaa to lead Ghana's team of musicians against Nigerians

The album has some interesting song titles including 'Chensee Tafri Mu', 'Ebeye Yie', 'Mene Woara', 'Wo Ho Aba' which features Kwaw Kese and Fameye as well as 'Chaskelen'.

Patapaa rocked the Swedru Sports Stadium with his Scopatumanaa flow. He was supported by performances by Kwaw Kese, Wendy Shay, Articlewan and Kofi Kinaata on the night.

Explaining the album title in a tweet before the show, Patapaa said he wants the world to know he is the originator of the #scopatumanaa term which has taken social media by storm.

He added that the album is for the international market and will soon top charts across the world.

Patapaa tweeted: "My #Pa2PaAlbum is for the international market and will soon top charts in the world... I want the world to know I'm the originator of the worldwide term #Scopatumanaa and that's why the need to grab the album and listen to what I have for the world".

Listen to two songs off the album - Chensee Tafri Mu and Wo Ho Aba below;