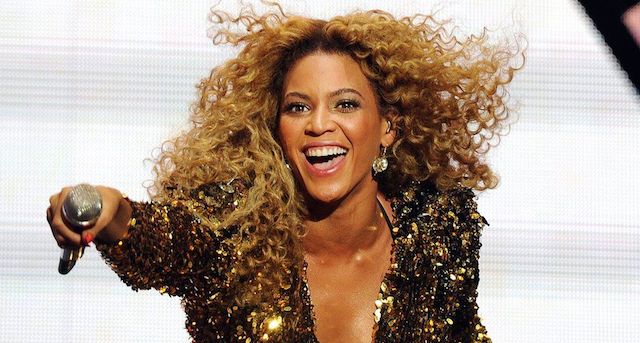 Beyoncé has announced what appears to be her first solo album in six years, Renaissance, due out on 29 July.

It will be the follow-up to 2016's Lemonade, a meditation on black identity and marital infidelity that topped multiple end-of-year lists.

Fans had been waiting for the news ever since Beyoncé deleted her social media profile pictures last week.

She put them out of their misery on Thursday morning, by sharing the words "act i … RENAISSANCE" on her accounts.

Streaming sites including Spotify and Apple Music swiftly posted artwork for the record, offering fans the chance to pre-save the release. 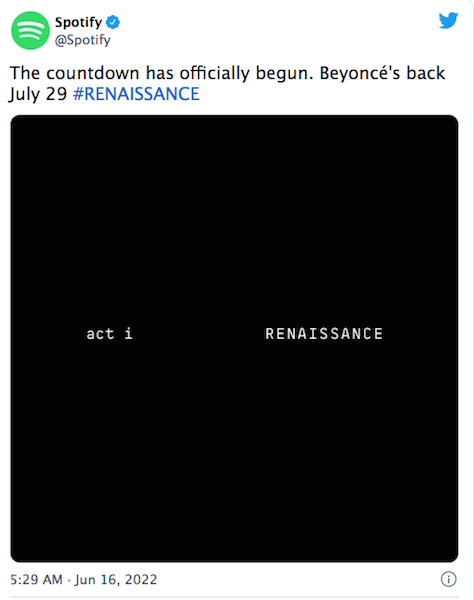 Tidal, the company owned by Beyoncé's husband Jay-Z, also shared the information but, crucially, it will not carry the album as an exclusive.

Lemonade, by contrast, was a Tidal exclusive for three years. Beyoncé's joint album with Jay-Z, Everything Is Love, was an exclusive for just two days in 2018.

Now the relationship has been severed, a recognition that the streaming service - which has about a 2 percent market share - cannot deliver the numbers Beyoncé needs to dominate the charts.

A listing on Apple Music suggests that Renaissance will contain 16 songs.

It is not clear whether the title "Act i" means this will be the first of a multiple-album project, or whether the 16 tracks will be released in multiple parts.

Beyoncé's charitable foundation BeyGOOD, tipped fans off that something was coming earlier this week, when it shared a montage of album covers to celebrate Black History Month in the US.

Hidden amongst the records was an image of a gloved hand pointing to the Brandy album B7 - the codename Beyoncé's latest record had been given by her followers.

Last year, the 40-year-old confirmed to Harper's Bazaar that she had begun working on new music.

"With all the isolation and injustice over the past year, I think we are all ready to escape, travel, love, and laugh again," she said.

"I feel a renaissance emerging, and I want to be part of nurturing that escape in any way possible. I've been in the studio for a year and a half."

She also discussed her habit of collaborating with dozens of people to construct songs; refining and shaping the music in her own image.

"Sometimes it takes a year for me to personally search through thousands of sounds to find just the right kick or snare. One chorus can have up to 200 stacked harmonies," she said.

"Still, there's nothing like the amount of love, passion, and healing that I feel in the recording studio.

"After 31 years, it feels just as exciting as it did when I was nine years old. Yes, the music is coming!" 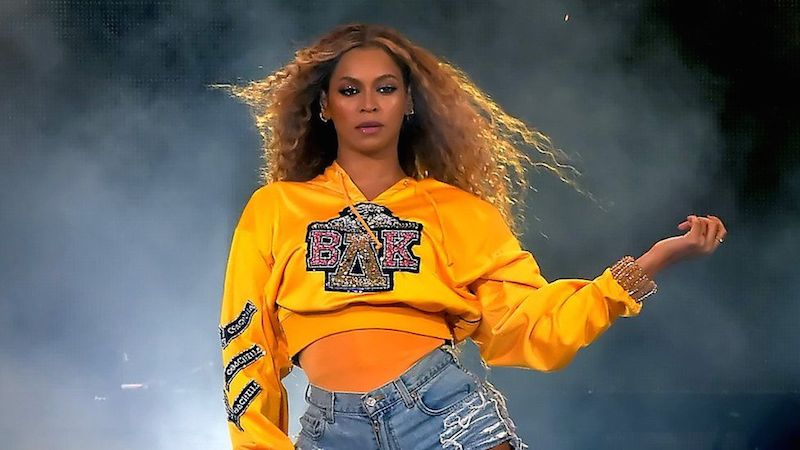 The star launched her career as part of the R&B girl group Destiny's Child in 1997, before going solo in 2003.

With hits like Crazy In Love, Single Ladies and Hold Up, she is one of the most successful and influential recording artists of her generation.

Over the course of her career she has won 28 Grammy awards and 79 nominations, more than any other female musician.

In the six years since her last album, she has curated a soundtrack for Disney's Lion King remake and staged an historic performance at the 2018 Coachella Music Festival, which celebrated the culture of historically black colleges and universities in the US.

The concert was immortalised in a Netflix special, Homecoming, which itself won a Grammy for best music film.

Her most recent musical release was the surprise single, Black Parade, which came out in 2020 as Black Lives Matter demonstrations spread across the world.

The track included powerful lyrics about black history, police brutality and the George Floyd protests, with the star singing: "Put your fists up in the air, show black love / Need peace and reparation for my people."

The song was released on Juneteenth, a holiday marking the official end of slavery in the US.