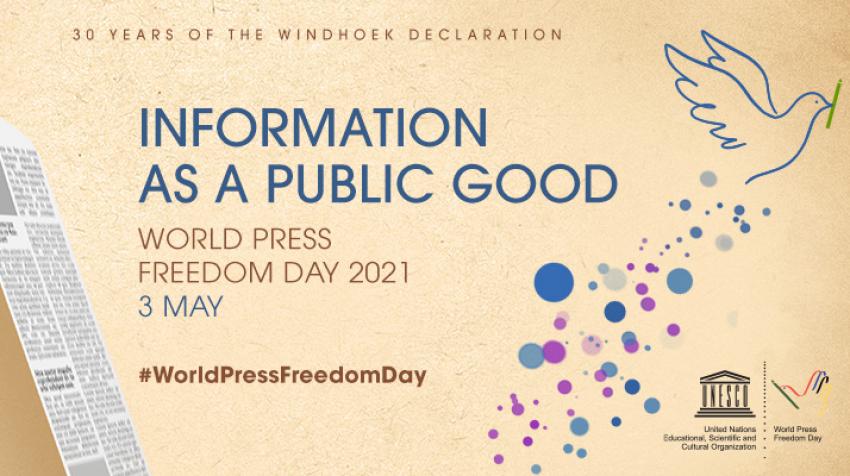 May 3, every year is marked as World Press Freedom Day to uphold press freedom and ensure that the media carry out their work without hindrance.

The occasion is used to evaluate the work of the press over the years and chart ways through which its role can be enhanced.

The Day, marked in Ghana yesterday, May 4, on the theme: “Journalism Under Digital Siege”, was also used to remember journalists who lost their lives in the course of their duty and commemorate those who worked towards the attainment of free speech for all in the various media, be it print or electronic.

Another feature of the day is the publication of the World Press Freedom Index, with this year’s index showing that Ghana has dropped 30 places to 60th.

The ranking is the country’s third lowest since Reporters Without Borders (RSF) began publishing the report in 2002. Ghana ranked 67th in 2002 and 66th in 2005.

It adds that journalists’ safety has deteriorated sharply in recent years.

The 2022 Index was compiled using a new methodology to take better account of new challenges, including those linked to media digitalisation.

In its analysis of Ghana’s rankings, RSF said in a fact file: "Although the country is considered a regional leader in democratic stability, journalists have experienced growing pressures in recent years."

"To protect their jobs and their security, they increasingly resort to self-censorship, as the government shows itself intolerant of criticism. In addition, one-third of media outlets are owned by politicians or by people tied to the top political parties. The content they produce is largely partisan," it added.

The latest ranking is quite an unfortunate development, especially when Ghana has sterling laws rooted in Chapter 12 of the 1992 Constitution on upholding press freedom, as well as the freedom and the independence of the media.

Indeed, the framers of the Constitution were aware of the significant contributions of the media in the country’s development effort, and that was why they sought protection for journalists through some provisions in the supreme law of the land.

It is, thus, bewildering to the Daily Graphic that Ghana has fallen 30 places in the World Press Freedom Index.

The analysis of the country’s ranking points to self-censorship by journalists and the predominant political ownership of media organisations in the country.

These issues are known and have been broached at various fora where the allocation of frequencies has been discussed.

They have also been raised with discussions on a Broadcasting Law. However, it seems that we have made no headway on these matters as a nation.

The Daily Graphic believes that the drastic drop in rankings on the World Freedom Index must remind all Ghanaians that we need to gain traction with strides in media freedoms.

It behooves all — the government, the citizenry and civil society organisations — to work concertedly to ensure that all the loose ends in media practice and freedoms are tied up.

Enhancing press freedoms is critical for entrenching democracy, as a democratic practice is inherently inclusive of all shades and ideas that can make Ghana better.

While we all strive to work toward press freedom, we should be mindful that digitalisation has also introduced complexities in freedom of speech and the media.

The information analysed for the country’s ranking bears this out, and policymakers must expedite action on rules and policies regarding the digital space.

We must all do more to address the risks and seize the opportunities of the digital age, while technology companies, the media community, as well as civil society, must come together to develop a new digital configuration – one that protects both journalism and journalists.