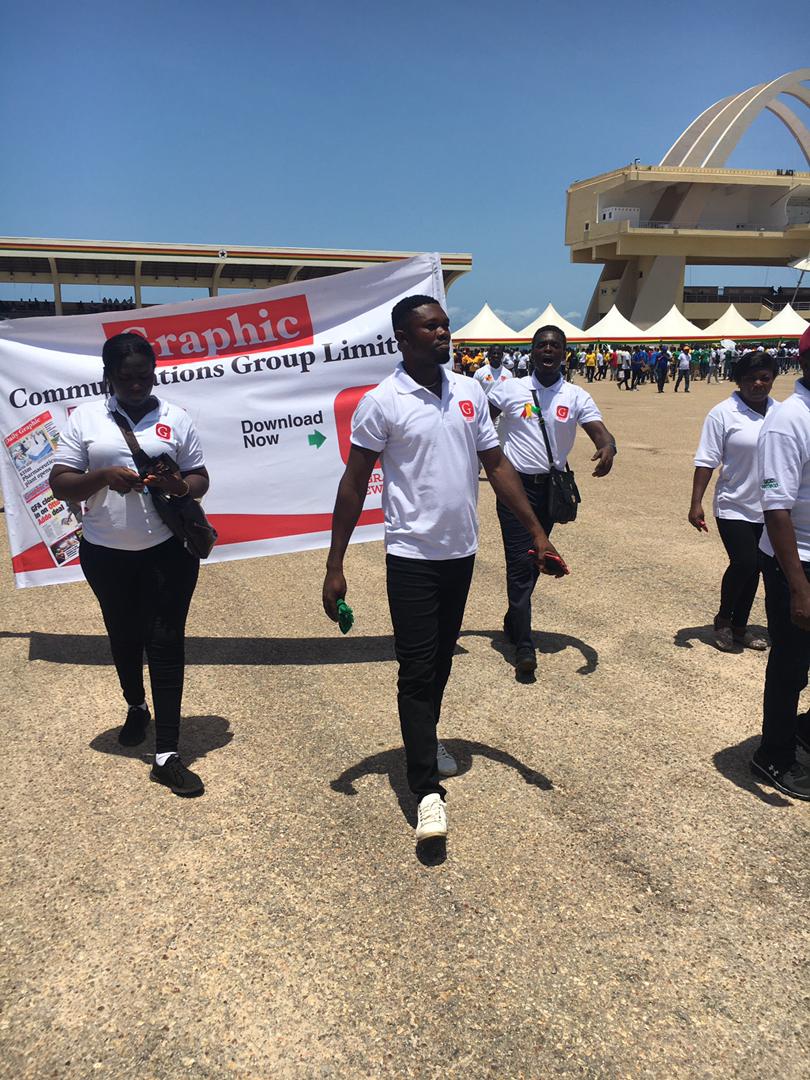 Last Sunday, May 1 and yesterday, May 3, two significant events took place — the commemoration of May Day and the celebration of Eid-ul-Fitr, respectively.

And, as expected, the Trades Union Congress (TUC) raised issues with the low salaries of workers and disparities in remuneration packages, while questioning why chief executives and heads of loss-making state-owned enterprises (SoEs) were earning much more than even the President of Ghana.

To drum home their case, the leadership of the TUC noted that in 2021 and 2022, while public sector workers were given four per cent and seven per cent pay increase, respectively, some chief executives of SoEs had over 25 per cent salary increase, much higher than that for workers on the Single Spine Pay Policy (SSPP).

The Daily Graphic believes that the state must review the reward system in the public sector, including emoluments for Article 71 office holders and the top management of SOEs. Already, the Civil and Local Government Staff Association, Ghana (CLOGSAG) has raised concerns about the appointment of special assistants by Ministers of State, taking away functions of members of the association.

We believe that both the government and organised labour must team up to address low levels of salaries and the pay inequality, as they have serious implications for workers, not only when they are in active service but also when they retire. It is important to note that we need to address this issue to get a more effective and efficient public sector.

But we also acknowledge that the country is going through economic challenges, hence the need for the government and organised labour to find a common ground for the benefit of the citizenry.

It will require that organised labour does not insist on getting what it demands of the government, while employers must also ensure that they do not take the compromises made by organised labour for granted and abuse them by rewarding government officials with fat salaries and other allowances.

It must be a two-way agreement — while workers agree to make compromises, the government must ensure that it sacrifices in order to achieve industrial harmony and peace on the labour front.

The Daily Graphic holds the view that the government and organised labour must work together in the spirit of goodwill.

It is on this note that we want to draw lessons from the statement by the Chief Imam, Sheikh Osmanu Nuhu Sharabutu during the celebration of this year’s Eid-ul-Fitr, which acknowledged the level of collaboration and the deepening of relations between Muslims and Christians in the country.

We believe that the same spirit of goodwill that exists between these dominant faith groups must serve as an example worthy of emulation by both the government and organised labour.

Over the years, the Muslim and the Christian leaders in the country have co-existed peacefully and practically lived by the religious tolerance and co-existence they have preached about.

Once again, we salute our hardworking workers whose efforts have brought this nation this far.

Also, we wish our Muslim brothers and sisters a happy Eid-Mubarak. Their prayers, sacrifices and efforts have contributed to building a peaceful and stable country which has earned an enviable status among nations of the world.