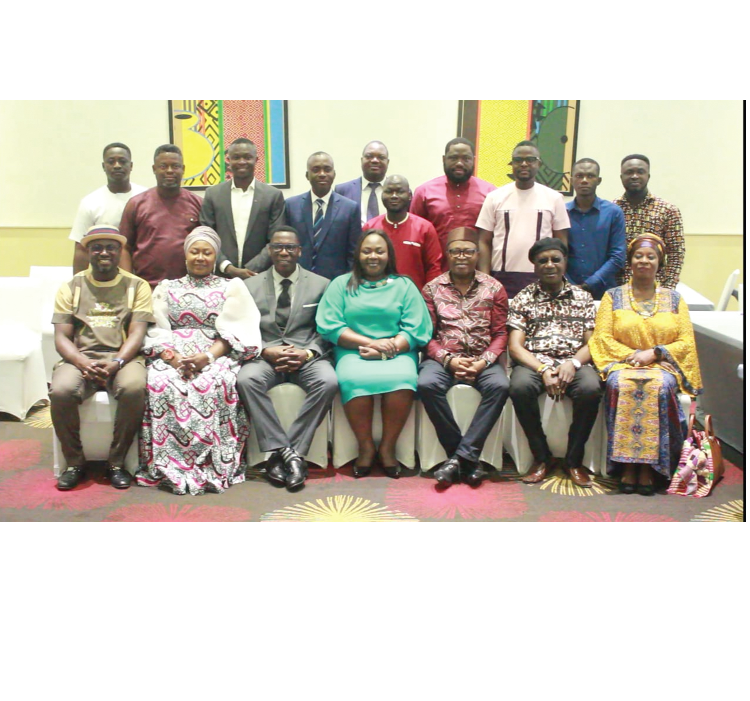 Dr Justice Yaw Ofori (3rd from left), Commissioner of Insurance, with some stakeholders after the meeting
30.5k Shares

AS part of efforts to deepen the annuity market in the country, the National Insurance Commission (NIC) has commenced a series of engagements aimed at educating the public on the subject.

An annuity is a contract between a person, usually a retiree, and an insurance company whereby the insurer makes a promise to make periodic payments to the owner of the product, starting mostly upon retirement.

An individual purchases an annuity either with a single payment or a series of payments called premiums.

In an interaction with some key stakeholders in the media and the entertainment industry who have been selected to lead the advocacy, the Commissioner of Insurance, Dr Justice Yaw Ofori, said most annuity arrangements provide a way to earn while still on retirement.

He said there was, therefore, the need for every individual to sign on to an annuity product.

That, he said, would help the individual sustain a decent lifestyle and mitigate the impact of the rising costs of living that characterised retirement.

“This is an area that is largely unknown or not properly comprehended by many people, particularly in our part of the world.

The campaign, we intend embarking on with you as spearheads, is, therefore, to raise awareness among the general public on the need to include protected lifetime income solutions such as annuities within a comprehensive retirement plan,” he stated.

Dr Ofori said the development of the annuities market was part of efforts by the NIC to harness the synergies from the pensions market.

He said the commission started taking these steps, having in mind the lump sums from the tier 2 and tier 3 under the new Pension Act (Act 766), which are available to those eligible to retire under the New Pensions System.

“As stakeholder consultations have been significantly concluded and the NIC has already issued the requirements that life insurance companies desirous of writing annuities must meet.

“Our collaborations with the GIZ to organise capacity-building workshops on the design and sale of annuities had since been completed; hence, our being here today,” he stated.

In an interview with the media, Dr Ofori said the NIC had realised that many people after retirement found it difficult to survive after they have received their lump sums from the tier 2 pension scheme and are therefore forced to rely on just the monthly payments from SSNIT which is mostly not sufficient.

He said an annuity was, therefore, a guarantee of constant income over an individual’s lifetime.

“Instead of taking your lump sum and not knowing how to manage it, it is good to give it to a life insurance company that can manage the funds and guarantee you a monthly income for the rest of your life,” he stated.

He also assured the public that there were regulations to ensure that such monies were invested in secured investments so that there is no risk of losing the money.

“Annuities have strict guidelines which we always enforce and it is not just any company that is allowed to sell an annuity.

“Before you are allowed to do so, you have to undergo proper screening for us to be convinced that people’s future being put in your hands will be well protected,” he said.

Also speaking in an interview, veteran actor, David Dontor, who was part of the stakeholders selected to lead the advocacy, urged people in the creative industry to take advantage of this to save for a ‘rainy day’.

“There are a lot of people in the creative industry who had the notion that they can earn royalties from their works even after their death but we don’t have those systems working in this part of our world.

“And that is why a lot of our creatives in their old ages look pitiful. This is because they didn’t have any insurance system that helped them to plan towards a secure reliable future,” he stated.

He said an annuity, as had been described, would, therefore, go a long way to help the creatives save for a rainy day.

“Everything you do in your earlier years as a creative, you get a lot of engagements but as you grow older, the engagements reduce to a point where you may do only one production in a year. Are you going to live on that one production?

“This is why it is necessary for all of us to see this as something that has come at a good point in time for us to prepare our future,” he said.

Popular Radio Presenter, Abeiku Santana, for his part, said although annuities were very popular in developed countries, the situation was different in this part of the world.

He said the NIC’s decision to create awareness of this product was a step in the right direction, as this would help people retire peacefully and live on their annuities.

“We should also demystify that notion that insurance annuity is for the formal public sector. People in the private and informal sectors must also take a keen interest.

“A lot of people in the creative art industry when they are aging, they come out to solicit for funding to support their needs but in their hay days, if they knew about this product, they would have embraced it so it is important that we make noise about this product,” he added.