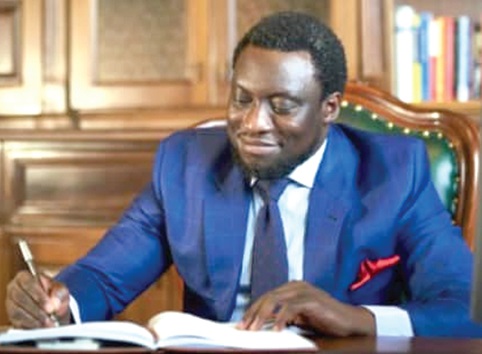 An economist, Dr Sam Ankrah, has said the markets will respond favourably towards the economy if the President heeds calls to remove the Finance Minister, Ken Ofori Atta.

According to him, the economy was in dire strait and needed one who will inspire confidence and command the respect of the international community to restore the economy to its former glory.

Dr Ankrah was reacting to calls by some members of Parliament of the ruling New patriotic Party (NPP) who held a news conference a few hours ago to demand the removal of the Finance Minister from office.

The latest development comes amidst growing pressure from all sources for Mr Ofori-Atta to either step aside or face a sack from the President.

Dr Ankrah said the current developments in the economy and the reactions of the markets demonstrates a lack of confidence in the Finance Minister and noted that, if the President responds to the call, his action will restore confidence and the aftermath will be in the interest of the country.

“Let us remember that we play a key role in the international markets and therefore, any move that gives confidence will result in an action. That is what the markets are waiting to see,” he said.

The local currency, the cedi, suffered a steep decline in value against the world’s major currencies in the third quarter of the year.

It depreciated against the US dollar, the British pound, and the Euro by 37.5 per cent, 24.1 per cent, and 27.5 per cent respectively on a year-to-date (YTD) basis as of September.

Meanwhile, the country and the international community awaits what the President’s response will be after meeting various interest groups in an attempt to find solutions to the disturbing economic phenomenon.