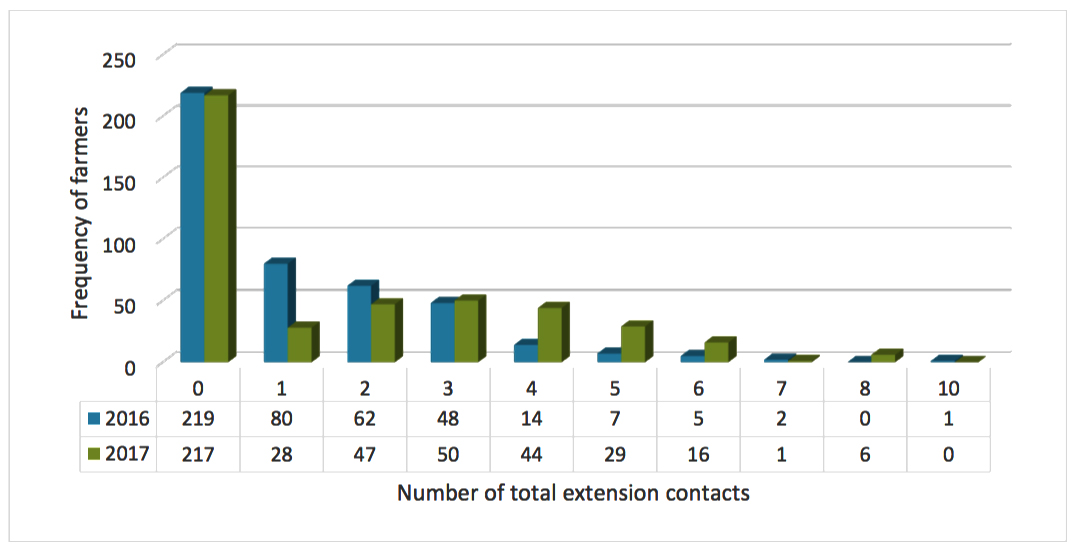 Participation of major stakeholders in pillars of PFJ

An assessment of the Planting for Food and Jobs (PFJ) programme has recommended that the private sector be engaged to take full charge of the distribution and sale of the inputs under the PFJ, while the Ministry of Food and Agriculture (MoFA) plays a supervisory role.

This is to ensure availability of inputs to farmers in their communities and reduce the distance they have to cover to make payments at the banks before accessing inputs.

Feed the Future Ghana Agriculture Policy Support Project (APSP) conducted the “Assessment of Implementation of PFJ programme: Lessons and Ways Forward,” with the principal objective to identify and assess the implementation potential and challenges of the PFJ programme in the quest of government to modernise and transform agriculture, and to suggest ways for improving its implementation in subsequent years.

According APSP, the study has a strong linkage to the Medium-Term Agriculture Sector Investment Plan (METASIP) policy priority areas, hence it meets USAID/Feed the Future/APSP objectives (increased income and growth, and food security and emergency preparedness).

The research was conducted in the Northern, Volta and Brong Ahafo regions and cut across the entire agricultural value chain of maize, rice and soybeans.

Generally, the study found that the PFJ programme had been well received and appreciated by all stakeholders.

Out of the five pillars of PFJ, farmers were more aware of the subsidies on fertiliser and improved seeds than e-agriculture, agricultural extension services and market linkages.

“Farmers are more aware of the agriculture extension service delivery package of the programme available to them as compared to information on establishment of markets and e-agriculture.

“Generally, farmers are not aware of all the packages available to them under the PFJ programme. This should be addressed if the programme is to achieve its intended objectives,” it said.

It emerged that majority of the farmers who participated in the PFJ programme accessed subsidised fertiliser most, followed by subsidised improved seeds. This was followed in ranking by access to agricultural extension services, e-agriculture and market, respectively.

Among the recommendations by the study for policy-makers to consider for adoption was the need to create more awareness for all stakeholders.

“Lack of awareness of the packages of the programme affected the farmers’ participation in all the pillars. Some farmers were not aware of the full package of the programme; hence they could not take advantage of it.

“Farmers in particular should be educated for them to know what they are entitled to in each of the pillars. Implementers should adopt various forms of sensitisation about PFJ on community radios, churches/mosques in local languages, among others, by spelling out details of the programme. The programme implementation plan should also be made available to all stakeholders as a guide,” it stated.

In order for the government to motivate farmers to adopt improved agricultural technologies (seed and fertiliser), expand their farms and encourage the youth to enter into agricultural production, in order to increase crop productivity, the PFJ programme was launched in April, 2017.

The programme seeks to facilitate access to both inputs and output markets to create employment opportunities in the agriculture value chain.