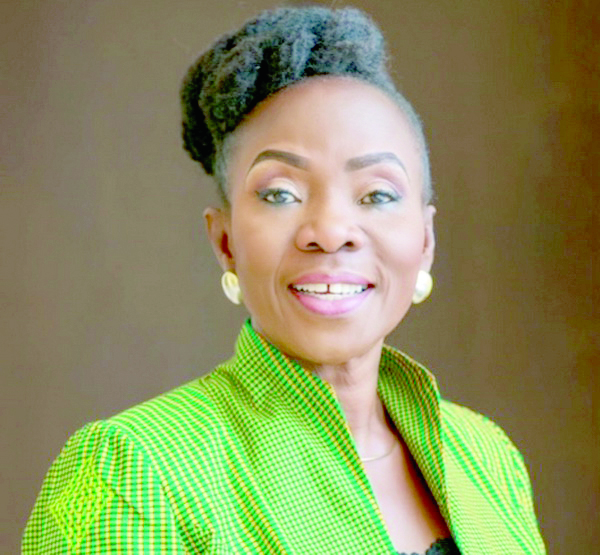 Mrs Esther Cobbah is an award-winning communications consultant, facilitator and one of the most respected chief executive officers in the country.

Mrs Cobbah is the Founder and Chief Executive Officer of Strategic Communications Africa Ltd (Stratcomm Africa), a communication and reputation management agency based in Ghana, which has served over 150 local and international clients.

Taking her turn on the ‘Engine Room’ series on the Springboard, Your Virtual University, Mrs Cobbah shared her childhood story, her corporate journey and some communication tips.

As a young girl growing up at Komenda, she said her dream was to see people gaining knowledge and using that knowledge to build something or change what they were doing.

Communication as a tool for change

She said growing up, she had no idea that she would have anything to do with communication but what she did know was that she had always been passionate about how to make a difference in peoples’ lives; something she said could only be possible through communication.

“At Komenda at that time, there was no electricity, we fetched water from an underground spring and one of the things that stayed with me as a child was one time when commercial bank set up an office there. There was a town crier from the chief to tell the people that instead of keeping their money in their nets, they should take it to the bank.

“There was also a time that pipe borne water had been supplied and people were not patronising it that much because the underground spring was over flowing”, she narrated.

She said as she studied and thought about these, she realised the people were at the time just using the systems that they knew for their survival.

“How then do you transition people with that kind of orientation to new ways of doing things without offending what they are rooted in? That is how I found communication as a tool for engineering behavioural change.

“So over time, my mission and passion has been how you use communication as a tool for human development. Communication is a necessity for national development, corporate profitability and for individual enhancement,” She stated.

Mrs Cobbah also pointed out that she attended public schools popularly referred to as ‘cyto’ throughout her formative years.

She said despite the lack of confidence that people have in public schools now, during their time, the teachers taught them well and their parents had confidence in these schools.

“Those were the schools that were available and our teachers taught us well. Our parents also knew that there were no other alternative so they also had confidence in them.

“What is happening now is that over the years, people have lost confidence in the public schools and we need to get to the root cause of this situation,” she noted.

Mrs Cobbah described her corporate journey as a challenging but exciting journey.

“Naturally, I like challenging situations, it is boring when I deal with everyday things that do not challenge me,” she said.

She said her corporate journey started at Gihoc after a six months internship at the USA Information Service.

“At Gihoc, the marketing department had been set up as a subsidiary and I enjoyed working for 26 state companies.

“The experience was nice. I travelled to all the different subsidiaries and generated a newsletter for the Holding company at that time,’ she stated.

She noted that while working for the USA Information Services, she chanced on what her heart wanted which was communication for developing countries.

“I was able to gain admission into the Cornell University in USA and when I came back, I was invited by the Ghana National Petroleum Corporation (GNPC) to help deal with their exploration related cross cultural needs.

“But when I went in there, I thought we needed more than that so without anyone telling me, I did a survey from the security man to the manager and then I wrote a paper on establishing a solid communications department for the GNPC,” she pointed.

She said she presented the paper to the board and that was how her journey at the GNPC started.

“It is really difficult for people to sit down and do the analytical work but you need to blend the science and the art of communication. You need to get to the root and deal with the problem. Effective communication begins and ends with the other and when I say the other, it’s not just the sender but the receiver also understanding the order. This requires intense analytical work

“An engineer will never put steel and concrete into the soil to build a bridge without testing the integrity of the soil and its ability to hold the steel and concrete and that is even with soil that we can see. So how much more the human mind that you cannot see? You can’t deposit messages into them without an appreciation of how the message is going to be processed,” she explained.

She said communication was a process of information sharing from mutual understanding.