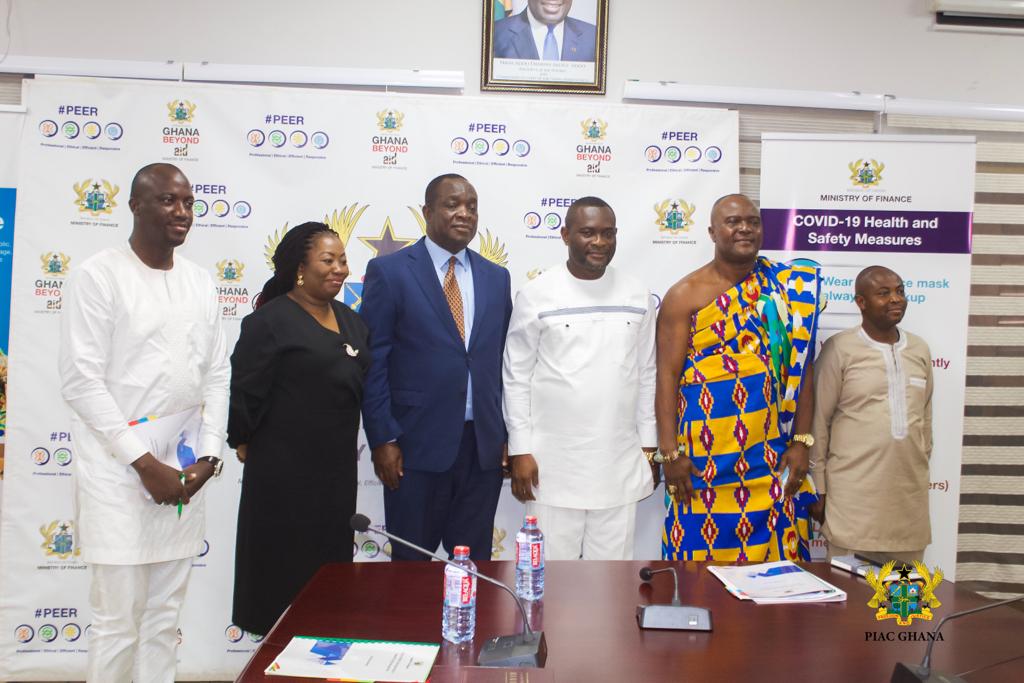 The boards of the Public Procurement Authority (PPA) and the Public Interest and Accountability Committee (PIAC) have been inaugurated with a call on members to ensure value for money in public sector procurement and the utilisation of the country’s petroleum resources.

A Deputy Minister of Finance, Dr John Ampontuah Kumah, who inaugurated the two boards separately said the directors must see their appointment as a privilege and work to justify the confidence reposed in them by President Nana Addo Dankwa Akufo-Addo.

He reminded the members that their appointment was a call to public service and they must do so in ways that advanced the cause of the two institutions.

Dr Kumah, who is also the New Patriotic Party’s Member of Parliament for the Ejisu Constituency in the Ashanti Region, also commended the former boards for contributing their quota to the progress of the institutions and charged the new ones to build upon the successes chalked up.

The Deputy Minister said the PPA played an essential and pivotal role in the public financial management (PFM) space.

He said the law tasked the PPA to harmonise the processes of public procurement in the public service to secure a judicious, economic and efficient use of state resources in public procurement and ensure that public procurement was carried out in a fair, transparent and non-discriminatory, environmentally and socially sustainable manner.

“Following your appointments as the governing Board of the PPA, you have an enormous task not only in ensuring that the authority successfully achieves its mandate as aforementioned, but more importantly, working assiduously to improve the image of the procurement profession in Ghana. The Ministry of Finance, and for that matter, the government and people of Ghana expect your tenure as members of the board of the PPA to be one which continuously strives for innovation and sustainability in the conduct of procurement through electronic systems such as the Ghana Electronic Procurement System (GHANEPS) and ensuring greater transparency, accountability and the achievement of value for money in the conduct of public procurement in Ghana,” Dr Kumah said.

On PIAC, the Deputy Minister recalled that the committee was established by Section 51 of the Petroleum Revenue Management Act, 2011 (Act 815) as amended in September 2011 to ensure transparency and accountability in the management and use of the country’s petroleum revenues.

He said he was convinced that it had applied hard work and determination to the execution of its mandate since its establishment and its work had impacted positively on the management and use of petroleum revenues in Ghana.

According to him, the government recognised this and that was demonstrated in its commitment to ensure stable financial support to the programmes of PIAC.

He said the government also provided office accommodation for the PIAC Secretariat while President Akufo-Addo was recently present at the committee’s 10th anniversary celebration in March.

“As the President reiterated in his address, the government will continue to support PIAC in its work. For our part as the Ministry of Finance, our doors remain open to PIAC for engagement and collaboration, while still respecting PIAC’s independence as enshrined in the Act,” the Deputy Minister said.