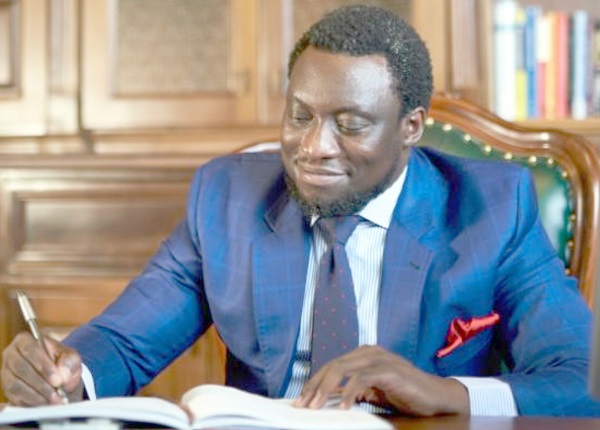 THE government has been urged to consider giving some ‘juicy’ tax rebates to businesses that employ fresh graduates from school as part of a deliberate effort to reduce the growing unemployment rate in the country.

A fellow of the Institute of Chartered Economists Ghana (ICEG), Dr Sam Ankrah, who made the call also urged the government to consider enhancing the tax rebates for companies that set up in the districts and rural areas of the country to help reduce the growing rural-urban migration.

“I know the rebates may affect overall domestic revenues generated by the government, but this will be short term and we will recover because the beneficiaries of these businesses will scale up production, make more profit and pay more taxes to balance off.

“At the same time, we will be solving a major national problem,” he said.

Dr Ankrah, who is also the President of the African Investment Group, said there was the need for the government to be more pragmatic in ordering state agencies to patronise locally produced goods.

He said that was critical “because it will create a market for the companies that produce here. If we do not buy the goods and services that we produce, we will remain where we are”.

“That is why the government as the biggest spender should be more deliberate so we can heavily reduce our import bill to save our cedi,” he added.

Dr Ankrah said there were a lot more opportunities within the Information and Communications Technology (ICT) space and noted that a partnership with the government to create a pool of experts, most of whom were unemployed youth who had no opportunities, would make an impact.

“Youth unemployment is serious, so one possibility will be to increase training, particularly using IT such as Onix, MTN, Vodafone, Teledata, Afriwave, Ecoband among others by sponsoring the training programmes to be offered them,” he noted.

Dr Ankrah also called on the government to take pragmatic steps to ensure that the country added value to all of its raw materials before exporting them.

He said with such a deliberate policy, more companies would be set up to create job avenues for the mass of people and reduce the present unemployment figures to the barest minimum.

“We must add value to all raw materials instead of exporting them in their raw states, because it is a sure way to create several thousands of jobs for our people.

“We have been saying this for long but nothing concrete has been done to actualise it. The time is now in view of the global economic conditions which are worsening the unemployment situation for our country and others,” he said.

Giving details, Dr Ankrah explained that the country’s leading export-earning commodity, cocoa, as well as gold, oil, timber, fish, cassava among many others, were mostly exported in their raw states, noting that with the one-district, one-factory initiative, the country could establish more factories to process those raw materials before exporting them.

“Can you imagine the number of employments these raw materials are going to create if there is a forced policy by the government on value addition before exports?” he questioned and added that “all is not lost”.

Dr Ankrah said Indonesia, which stopped exporting raw iron ore to instead export manufactured steel, managed to move from a return of $1.9 billion to $8 billion in just a year after the policy was introduced, creating over 70 per cent more employment.

That, he said, could be done if the country set its mind right and stayed focused with measures to fight the unemployment problem.