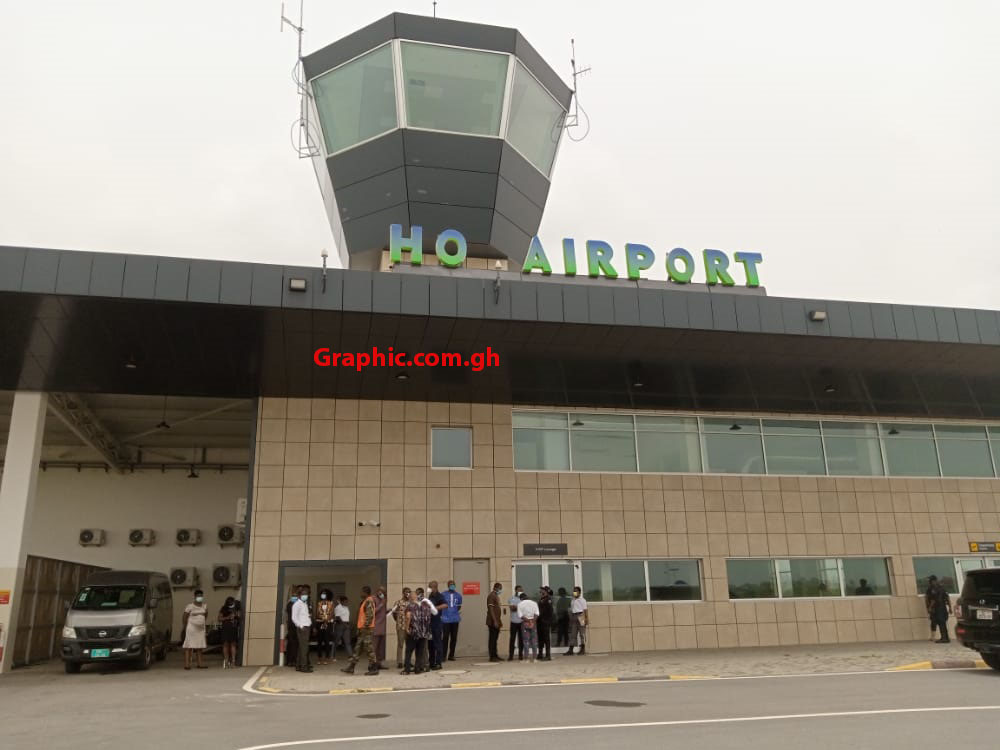 The Minister of Transport, Mr Kweku Ofori Asiamah, on Wednesday, directed landowners to ensure that the Ho Airport lands were not encroached upon for future expansion
30.5k Shares

The Minister of Transport, Mr Kweku Ofori Asiamah, on Wednesday, directed landowners to ensure that the Ho Airport lands were not encroached upon.

The Ho Airport begins operation in the middle of April with flights by domestic airline operators, African World Airlines (AWA) after it expressed readiness to begin operations at the airport.

The Minister, who was on a day’s visit to the region to assess the readiness of the facility to receive commercial flights, called on traditional leaders and and the Volta Regional Minister, Dr Archibald Letsa to protect the land in order to ensure its preservation for future expansion.

He said it is therefore a responsibility for all to secure the land for future use and as such anyone who went ahead to encroach on the land would have their building demolished without compensation.

The Minister was impressed with work done on the facility, which he said indicated its readiness for a full operations.

He said the aviation industry was private sector driven hence the need for diverse support from all players in order to improve upon the sector, even as government awaits the operations of Ghana’s national carrier by the end of 2021.

“The basic problem that we have in this country is that, government doesn’t have a homebased carrier. It is private sector driven. ”

Mr. Asiamah said with the commencement of commercial flights at the Airport, there was a needed effort for residents, including those in the business community to patronize these flights in order for the sector to make a turnaround especially following the COVID-19 pandemic.

He said there were other avenues of diversifying the functions of the airport including training of pilots.

Mr. Asiamah (2nd from Left) with the Dr. Archibald Letsa (2nd right) after he touched down.

He said the sector would also drive gains in the tourism sector and shore up its potential.

Director-General of the Ghana Civil Aviation Authority, Mr Charles Krakue, said collaboration between key stakeholders including the Ghana Tourism Authority have already drawn up a collaborative schedule for the commercial flights to commence in the regional capital.

Meanwhile, the Managing Director of Ghana Airports Company Limited (GACL), Mr Yaw Kwakwa, said weather monitoring, communication and navigation equipment have been installed and would be operated by qualified personnel when operations start in 2 weeks.

The Volta Regional Minister, Dr Archibald Yao Letsa, urged industry players especially those in the private sector to take advantage of the newly operational airport and identify avenues in contributing to its boost.

Awafiaga of Asogli State, Togbe Adzie Lakle Howusu XII, said he was relieved to see that the operationalisation of the Airport was now a reality.

He expressed high hopes that activities of the Airport would culminated in the economic growth of the region.

The Ho airport project, valued at $25 million was completed in 2018. It has a traffic control tower, a waiting area for over a 1000 passengers, a state of the art airbus terminal, a runway, among others.