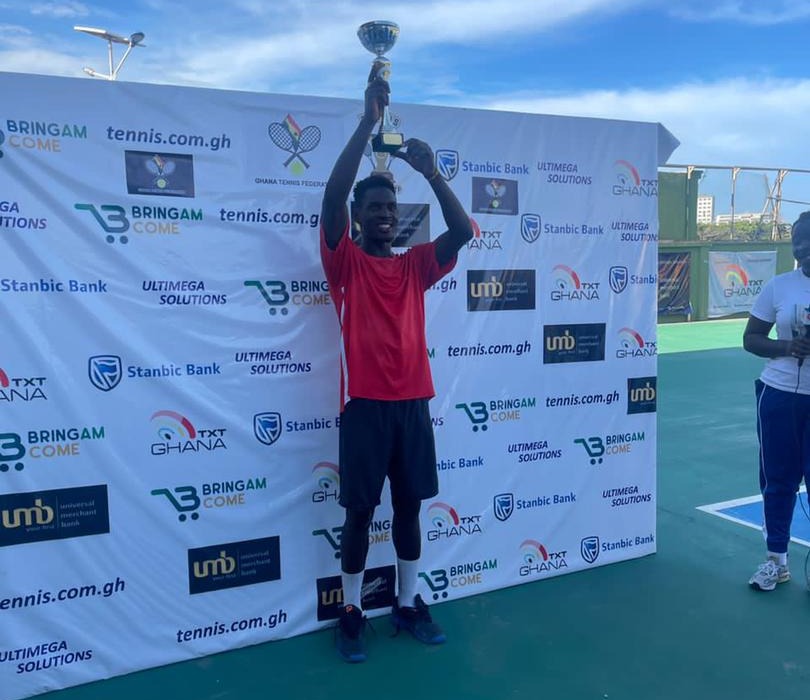 Johnson Acquah was back to his best in the final of the maiden edition of the Tennis Super Cup on Saturday in Accra, defeating Samuel Antwi to get revenge for his semi-final loss two weeks ago at the 2021 National Ranking Tour 5.

Acquah saved all eight break points to beat Antwi 6-3, 6-3 to win the Tennis Super Cup trophy after an hour.

Acquah’s win ended a streak of four straight losses this year against Ghana's Number Two ranked player Antwi, improving his head-to-head record against the latter to 5-4.

In the first set, Acquah used his forehand to control the centre of the court and found consistent success behind his second-serve return.

Acquah raced into a 3-0 lead, but Antwi played with increased aggression from the baseline to reduce the gap. When serving for the set at 5-3, Johnson targeted Antwi’s backhand to save the breakpoint and convert his first set point.

Down 0-40 on his serve at 1-2 in the second set, Johnson played his way out of trouble with strong serving and a powerful forehand. The second seed carried his momentum into the following game, where he dragged his opponent out of position with his forehand and broke serve with a series of topspin backhands. Johnson saved a further five breakpoints in the second set and clinched his first title this year.

“I played a very solid match with not many mistakes, playing the way that I want to always play," Acquah said after his victory.

"It was a very important victory for me against a great player such as Antwi".

The four-day tournament was organized by Ultimega solutions with support from UMB bank, Stanbic Bank, TXT Ghana and Bringam Come.