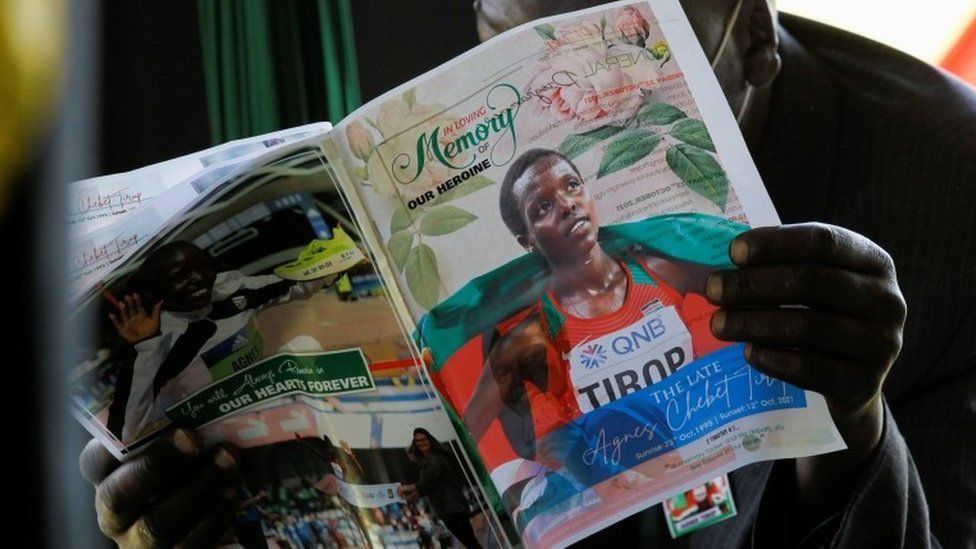 Leading athletes have joined hundreds of mourners at the funeral of Kenyan runner Agnes Tirop, who was stabbed to death in her home.

Her husband, Ibrahim Rotich, appeared in court this week as a suspect in her killing.

Ms Tirop was being buried at her parents' home in Nandi County, Kenya, on what would have been her 26th birthday.

Speakers at the funeral called for an end to domestic violence.

"I don't have much to say for today, I have mourned, I have cried, all my tears are gone," she said. "I give my daughter her final send-off and I ask God to give her her place."

A foundation against domestic violence will be established in her honour. Athletics Kenya announced on Saturday that the Kenyan leg of the World Cross Country Tour will be named after Tirop.

A sombre mood engulfed the burial which was attended by over 4,000 mourners, with athletes, residents and government officials prominent among them.

In tributes, Ms Tirop was described as a kind and ever-smiling lady.

Her murder has sparked a conversation in Kenya around domestic violence, even though her husband - the prime suspect - has yet to be charged by police.

Calls to end domestic abuse as well as an appeal to hasten justice for the late athlete dominated speeches at the burial ceremony.