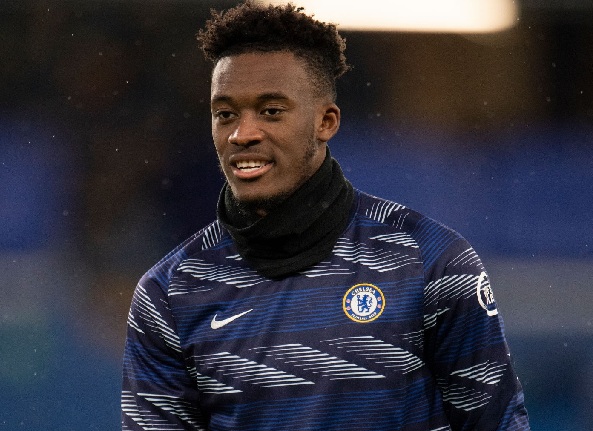 Early this month when Callum Hudson-Odoi turned down a call-up to the England Under-21 squad, it sparked fears that the youngster's unusual decision was motivated by the potential of a nationality switch, following a request weeks earlier by President Nana Addo Dankwa Akufo-Addo during a visit the player paid to the Flagstaff House on June 7 by the Chelsea  star to consider playing for Ghana.

It prompted the England manager, Gareth Southgate, to meet Hudson Odoi to assure him of a future with the Three Lions.

The 20-year-old Chelsea star was born in London to Ghanaian parents — his father, Bismark Odoi, formerly played for Hearts of Oak — and could be eligible to play for the Black Stars in November 2022 ahead of next year's FIFA World Cup under new FIFA rules, provided he no longer features for Southgate's side with which he has made three appearances.

Hudson-Odoi's case reflects a move in recent years to get talented players of Ghanaian descent to play for the national teams, the latest being goalkeeper Jojo Wollacott of English fourth tier side, Swindon Town, who made his international debut against Zimbabwe in a 2022 FIFA World Cup qualifier in Cape Coast this month.

The 25-year-old shot-stopper was born in Bristol to Ghanaian parents but not much was known about him until his surprise call up by new Black Stars coach, Milovan Rajevac, on the recommendation of the team's goalkeepers trainer, Richard Kingson.

To the surprise of many, Wollacott immediately established himself in the team and was chosen ahead of more experienced teammates for back-to-back victories against Zimbabwe, earning the praise of Rajevac for his exploits in the posts.

He joins a long list of Ghanaians in the diaspora — players of Ghanaian parentage born outside Ghana— who in the last three decades have featured for the senior national team and the junior sides.

Ghana first rolled the carpet for 'diasporan' players four decades ago when a giant Germany-based defender, Anthony Baffoe, made his international debut for the Black Stars in the qualifying competition for the 1992 Africa Cup of Nations in Senegal.

He was introduced into the Black Stars by the team's German coach, Burkhard Ziese (now deceased), who had a preference for well built players.

The Fortuna Dussledorf defender cemented his place in the team which he later captained in the final of the 1992 AFCON when the substantive captain, Abedi Pele, served a suspension.

Born and raised in Germany to a Ghanaian diplomat father, Baffoe later became one of Ghana football's biggest ambassadors working for sport's world governing body, FIFA, and most recently as the Deputy General Secretary of the Confederation of African Football in charge of football development.

Four decades ago, it was rare for players born outside of Ghana with Ghanaian parentage to feature for the Black Stars as the national team was replete with many top stars notably, Abedi and Anthony Yeboah.

However, Baffoe's successful career provided motivation for the Ghana Football Association (GFA) to pay particular attention to look beyond the shores of Ghana for the best players available for the national team as there was a big pool of talents in European countries with large Ghanaian population, particularly England and Germany, and from even places like Switzerland and Norway.

In 1993, the Black Stars rolled the red carpet for Kenny Acheampong, then plying his trade for Leyton Orient in England, who featured against Liberia in the 1994 AFCON qualifying competition.

However, he made just one appearance for Ghana and got missing from the national team's radar.

With slim chances of playing for their countries of birth, these players looked to Ghana for their international career and to enhance their profile and market value, especially as they had an opportunity to play in major international competitions like the AFCON and the FIFA World Cup.

­­­Otto Addo, born in Hamburg to Ghanaian parents, made 15 appearances for Ghana including starring in the 2006 FIFA World Cup in the country of his birth.

Two decades later, he is an assistant coach of the Black Stars and is supporting Coach Rajevac to qualify Ghana to the 2022 World Cup in Qatar.

However, not all overtures made to some of these players to represent Ghana have yielded positive results.

Players such as former Dutch international George Boateng, Ghent midfielder Vadis Odjidja-Ofoe, born in Belgium to Ghanaian parents; former England international and Brighton star, Daniel Nii Tackie Mensah Welbeck, among others, turned town an opportunity to play for Ghana and rather represented their countries of birth.

Former Italy star Mario Balotelli (born Mario Barwuah to Ghanaian parents in Italy) flatly rejected requests to play for Ghana, saying he "did not feel Ghanaian" due to his difficult childhood as his biological parents gave him up for adoption at age three, following which he was raised by his Italian foster parents, Silvia and Francesco Balotelli.

While Wollacott is the newest kid on the block, there are many other talented stars born overseas waiting on the sidelines ready to jump on board the Black Stars train if the team qualifies for the 2022 FIFA World Cup in Qatar.

And there is a fairly good chance that Hudson-Odoi could jump at that opportunity to make a nationality switch even though he has already won the 2015 FIFA U-17 World Cup with England.