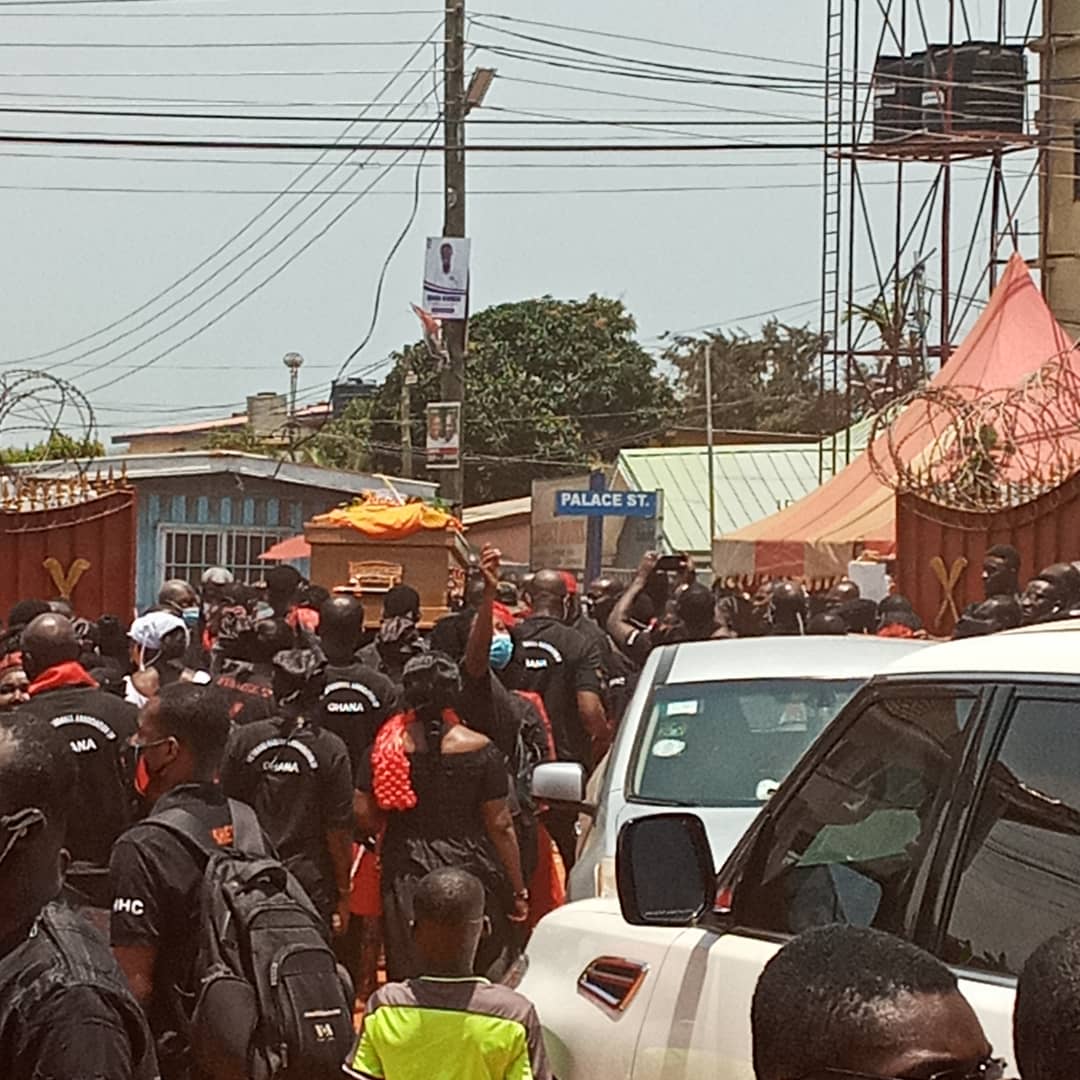 The casket containing the remains of Mr Saka-Acquaye being carried to the cemetery.

Hundreds of mourners thronged the Mantse Ankrah Royal Palace in Accra last Saturday to pay their last respect to the former deputy DirectorGeneral of the National Sports Authority(NSA), the late Daniel Saka Acquaye who passed away in June after a prolong battle with illness.

In his sermon to the mourners, the Parish Priest of the Saint Mary’s Anglican Church,Accra, Reverend Canon Andrew Torgbor called on mourners to emulate the late Saka Acquaye’s selfless and dedicated leadership when he was alive.

He noted that the late Saka Acquaye gave his all to serve this nation and exhibited the kind of service of a true patriot of the land.

After tributes paid by wife and children, the casket containing the remains of Mr Saka Acquaye was carried by members of the security forces, some national elite sports men and women to the Mantse Ankrah Royal Mausoleum near the Azumah Nelson Sports Complex for burial.

Mr Acquaye was 58. He served as a General Secretary fro many sporting associations, including handball, basketball, volleyball and swimming.