I want to finish my good works - Alhaji Samadu 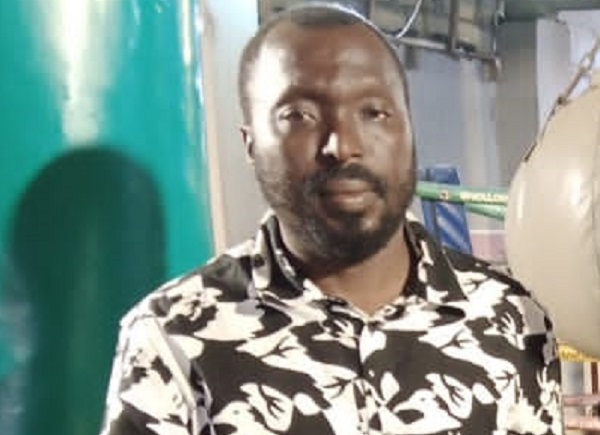 The first Vice-President of the Ghana Boxing Federation (GBF), Alhaji Mohamed Samadu, says he is seeking re-election to finish the good work he has been doing as the vice-president over the last four years.

He revealed that he was the only vice-president in the history of the GBF to organise amateur boxing tournaments in the zongos for four successive years in a bid to develop the sport in local communities in Greater Accra and beyond.

“I am going to launch amateur boxing tournaments across the length and breadth of the country and pay amateur boxers a monthly stipend if re-elected,” he told the Daily Graphic in an exclusive interview in Accra yesterday.

The astute boxing manager and promoter also promised to get more boxers into the Black Bombers fold, while ensuring the Bombers got the most medals at the Commonwealth Games in Birmingham in the United Kingdom next year.

“With the support of the Ministry of Youth and Sports, the National Sports Authority (NSA) and together with the president, we will spread the tentacles of the game to the other regions and recruit new talents for the Black Bombers and the juvenile teams,” he stated.

While expressing his profound gratitude to President Akufo-Addo,the Minister for Youth and Sports, Mr Mustapha Ussif and the Director General of the NSA, Prof. Peter Twumasi for supporting the Black Bombers to win a bronze medal at the Tokyo 2020 Olympics, Alhaji Samadu vowed that the Bombers will strike gold at the Paris 2024 Olympics.

Re-election
“If re-elected on Saturday, teething problems such as accommodation for camping for the Black Bombers, physiotherapists, food, stipends and state-of-the-art training equipment will be a thing of the past. I will liaise with corporate agencies and equipment manufacturers abroad to cure that cancer that hampers our aim for gold.

He noted that his other competitors lacked the experience and knowledge to steer the affairs at the amateur level, adding that having been in the thick of affairs for over a decade and becoming an official of the GBF, he is the best placed person for the job.

He called on the delegates to make the best decision on Saturday and choose a path that will bring glory upon glory to amateur boxing.