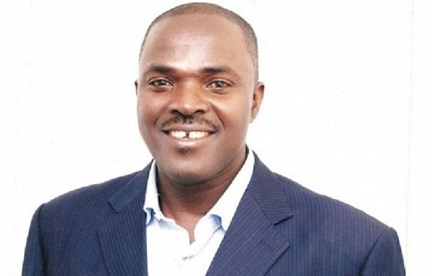 THE Africa Union (AU) has finally given Ghana the seal of approval to host the 2023 African Games after the protocol was signed last week.

''The good news is that we've had the protocol agreement which binds AU and the host nation as far as the hosting of the Africa Games is concerned, signed,” the Local Organising Committee (LOC) Chairman, Dr Kwaku Ofosu-Asare, told the Daily Graphic in an interview last Friday.

He explained that by this protocol, Ghana had now fully been handed the right to host the Games, adding that without it the nation could still have been denied the hosting right even if it had completed every needed infrastructure required for the event.

Consequently, the AU has also approved the Creative Identity Manual which highlights the logo and mascot of the Games.

According to Dr Ofosu-Asare the latest move had given the LOC the green light to properly launch the competition in the coming weeks.

Dr Ofosu-Asare explained that the LOC’s delay in coming out to let the public know what was going on was due to the AU protocol without which the host nation could not initiate any programmes concerning the Games.

He, however, said before the protocol was finally approved, a lot had to be done in the background contrary to the perception that nothing was going on and promised a successful hosting of the major continental event.

He also revealed that the government had signed agreements with three contractors who had moved to site, particularly the Legon Stadium, where the facility was being upgraded to meet the accepted specification.

He was, therefore, confident that the projects would be completed on schedule, at least, three months ahead of the commencement of the Games.

''The government has signed agreements with three contractors and funding has been approved and Contracta is having about $145m, while Consar Limited is also having about $34m in order to do the upgrading of the University of Ghana Stadium,'' he disclosed further.

At Borteyman, the LOC chairman said the proposed 50,000 capacity stadium would form part of the second phase of facilities to be built for the University of Sports Development after the Games due to time constraints. However, the first phase would encompass the building of the aquatic centre, tennis court, basketball court and other indoor events facilities for the Games.

The Deputy Chief Operating Officer (COO) of the LOC, Mr Reks Brobby, said the organisers intend to use the Games as qualifiers for the 2024 Olympic Games in Pari; hence, the decision to ensure that the facilities met the international standard in order to be certified by the World Athletics Federation.