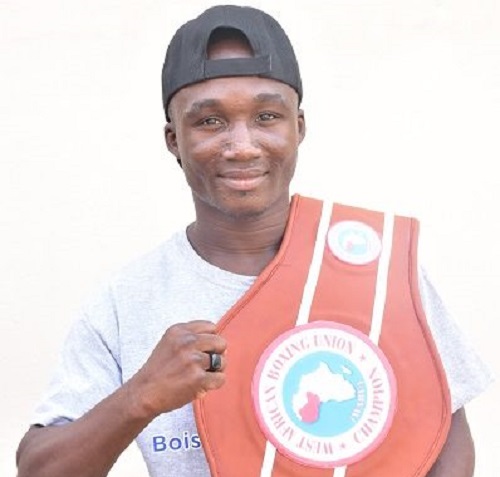 World title hopeful, Jesse Manyo Plange, has stepped up his preparation for the International Boxing Organisation (IBO) bantamweight title fight against Venezuela’s Michell Banquez in the United States on December 4.

Manyo, 33, (21-0-1) is preparing feverishly under trainer Lartekwei Lartey at the Fit Square Gym at Kokomlemle in the Greater Accra Region. He told the Graphic Sports he was game for Banquez who had only tasted one defeat in his career.

“I am training very hard and I’m very focused. I am going to give my all to win this title as I’m hungry for success,’ a determined Plange told Graphic Sports in an exclusive telephone interview in Accra.

Plange, whose world title elimination bout with Mexican Melvin Lopez in the United States failed to materialise, is banking his hopes on this fight to shore up his chances of getting a world title shot in one of the known international boxing associations.

“The Lopez disappointment is still with me but I have to move on and face the situation as it is. I am bound to be a world champion and I am prepared for that,” he revealed.

He noted that his management was currently in talks with the IBO and Lopez’s management over the fight purse and other pertinent issues to pave the way for the showdown.

Plange vowed to become the first bantamweight world title holder in the country and called on his supporters to throw their weight behind him.
“I am calling on my supporters to keep their fingers crossed and keep praying for me and support me,” he appealed.