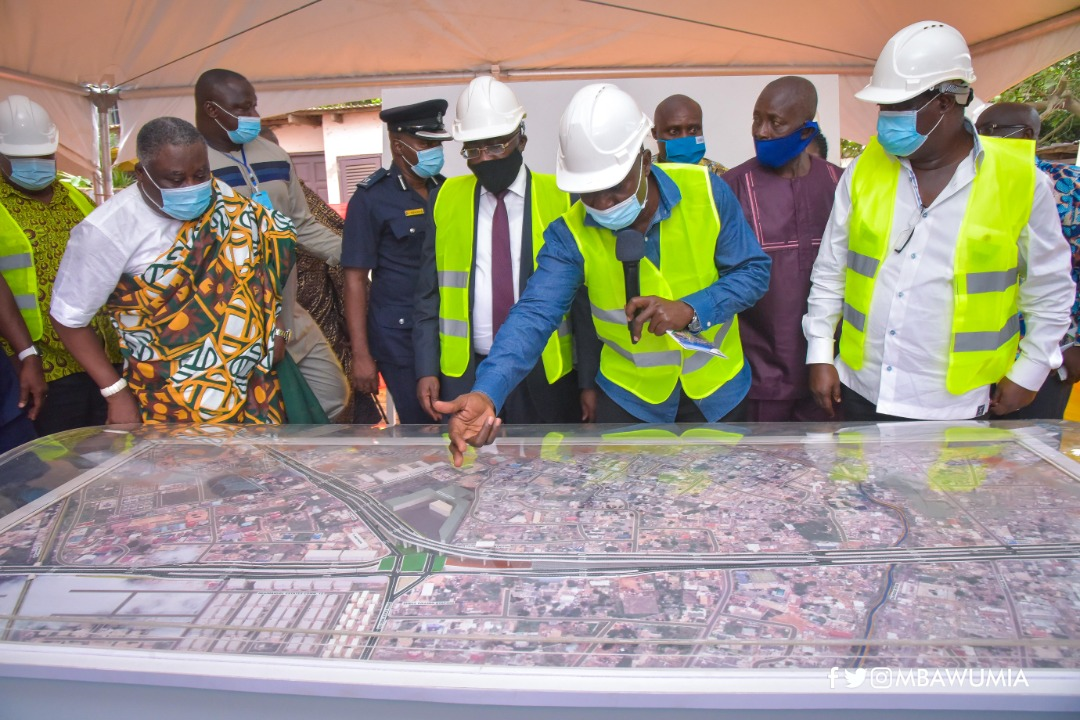 The Vice President, Dr Mahamudu Bawumia, has cut sod for works to begin on the dualization of the Accra to Tema Beach Road as part of the Accra Metropolitan Area Intelligent Traffic Management and Roads Completion Project, at Nungua in Accra.

The $100m project, expected to be completed in 24 months, has two components: the Accra Intelligent Traffic Management System which seeks to coordinate all traffic lights in Accra onto a Central Control System in order to improve the efficiency of traffic lights in real time; and the dualization of the road between Osu and Tema Community 3.

“This is an important road and its improvement has major benefits for our country at large and specifically for the residents of Osu, La, Teshie, Nungua, Sakumono and Tema. This is the primary link between the historic communities and major access to the Tema Harbour,” the Vice President stated at the ceremony held on Friday, August 14, 2020.

Among others, the La Beach Project is expected to bring about improvement in the capacity of the road between the Black Star Square (Independence Arch) and Tema Beach Road at Community 3, through a combination of traffic management and road widening measures.

It is also expected to bring about improvements in the provision of pedestrian facilities like walkways and safe crossing points, improvement in public transport facilities like bus ways and provision made for future Rapid Transit Bus operations along the entire route.

As well, it will involve the construction of a three-tier interchange at Nungua Barrier to address the congestion problems that road users are experiencing at the location.

“As you are aware President Nana Akufo-Addo has declared 2020 as the Year of Roads. Even though we have experienced some challenges due to the COVID- 19 pandemic, our focus has been to deliver quality roads to the good people of this country.

“To this end road construction is ongoing in every part of the country. Significant amongst these include construction of four interchanges – Accra-Tema Motorway phase I, which has been completed; Pokuase, the first four tier interchange in West Africa; Tamale, the first interchange in the five northern regions; and Obetsebi Lamptey - to reduce congestion in our major cities,” the Vice President indicated.

“A total of 595km of roads have been asphalted since 2017. This is visible in most urban areas in Accra, Kumasi, Sekondi-Takoradi, Tema and Cape Coast. And works are still ongoing.

“Four of the Sino Hydro Phase 1 projects are ongoing. These are the Tamale Interchange, the Cape Coast and Prestea inner cities Roads, selected Feeder Roads in Ashanti and Western North Regions and the section of the Eastern Corridor between Dodi Pepesu and Nkwanta. In addition to these four, works shall soon begin on the 6 other lots.”

Under the Kumasi Roads and Drainage Expansion Project, the Lake Road is being widened to a Dual Carriageway from Coca Cola Bottling Plant in Kumasi to Dompoase (3.5km), Dr Bawumia disclosed.

“These projects when completed will improve accessibility, reduce congestion, and improve safety for all road users. This is a potential game changer in our road networking, and urban development,” Dr Bawumia stated.

The Minister for Roads and Highways, Hon Kwasi Amoako Atta, assured the nation of more construction works ahead.

“As you can see, the pace of road works is gathering speed, and by the end of the year you will see even more,” he pledged.

Amoako Atta charged the contractor and the supervisors to ensure that the job opportunities (both skilled and unskilled) are made available to youth of the affected communities, and called on community leaders to be part of any efforts to resolve any challenges that may arise in the course of the road construction.

The MP for Krowor, Elizabeth Afoley Quaye, expressed her constituents’ delight at the start of construction works, saying it would lead to improved productivity and well-being. 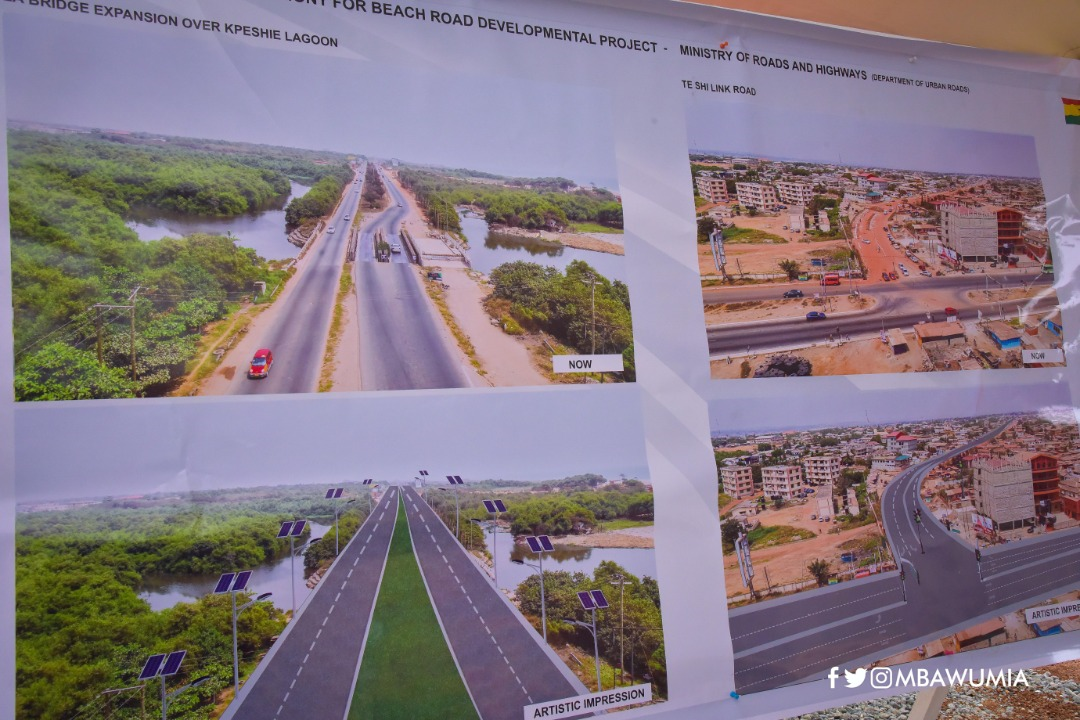 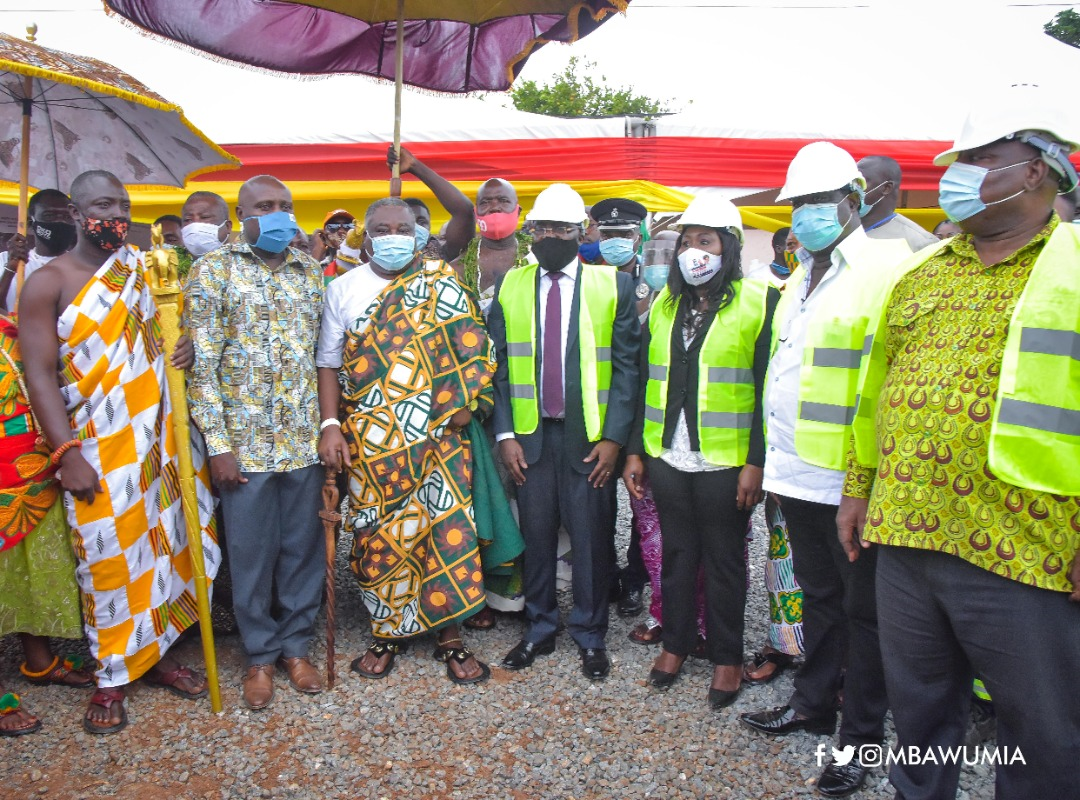