BY: The Conversation
Category: Politics 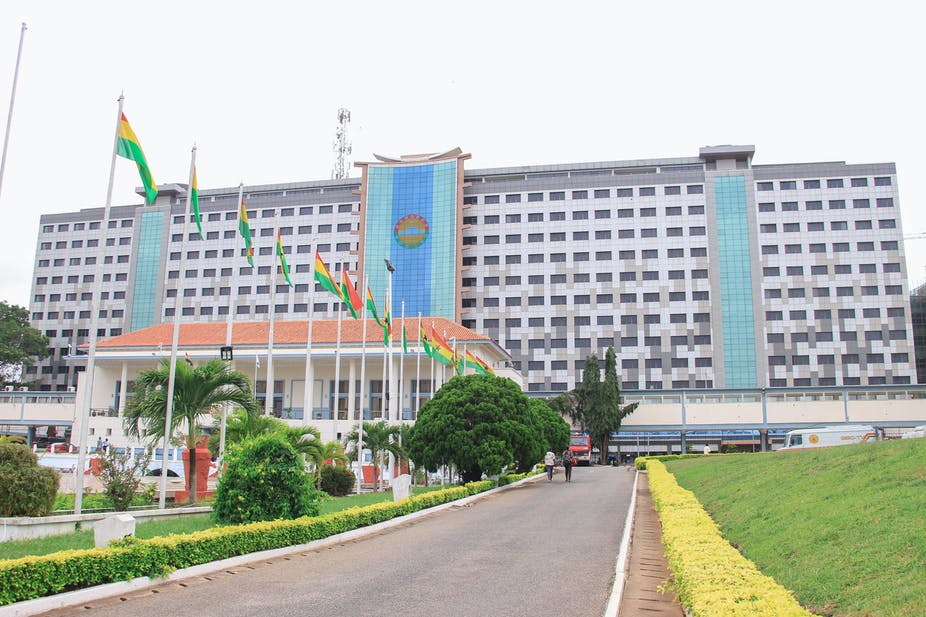 Ghana has invested heavily in its parliamentary democracy. Delali-Adogla Bessa/Shutterstock

When Ghana turned to democracy in 1992 after many years of military rule, there were expectations that the people would choose their leaders. Ghanaians also expected to see a closer relationship between citizens and the state, making members of the legislature more sensitive to their needs.

Democracy has generally flourished in Ghana. Freedom House’s rankings have consistently marked Ghana as “free” since 2000.

But the country has yet to entrench some key aspects of democratic governance. One example is the disconnect between the people and their representatives in parliament. Public opinion surveys conducted by Afrobarometer show a wide gap between the two. For instance, between 2002 and 2013, an average of 85.8% of Ghanaians had no contact with their representatives in parliament.

Ghanaian voters indicate that their legislators spend little time in the constituency. Even when they do, they tend not to listen to the concerns of voters. This gap is a problem because modern democracy relies on representative institutions. The very foundations of democracy could be shaken if citizens do not feel adequately represented.

I set out to investigate this disconnect. Other studies exist, but none has examined the role of patronage networks mediating legislators’ pathway to power in Ghana.

I found that a major contributing factor to the gap between legislators and their constituents in Ghana is the strong presence of patronage networks in primaries within the parties. The way the two main political parties, the New Patriotic Party and the National Democratic Congress, select parliamentary candidates for general elections makes it possible for patronage networks to hijack electoral processes.

Parliamentarians in Ghana, as everywhere else, do not emerge out of the blue. Political parties have established procedures for selecting candidates. Internal party primaries have been the main avenue for selecting parliamentary aspirants since the early 2000s.

But the very nature of these internal competitions creates a cohort of legislators who can easily circumvent voters’ “punishment” if they don’t perform.

To become an MP in Ghana on the main parties’ tickets, aspirants must apply to designated constituency committees and be vetted by the regional and national party. Where more than one aspirant passes this stage, they are presented to the party’s delegates at a conference for a deciding vote. The small number of delegates who vote in these internal contests is a recipe for patronage. It’s easy for aspiring candidates to buy the support and loyalty of these delegates.

In recent cases, some aspirants have gone as far as buying cars to woo the delegates. Internal party primaries in Ghana are usually devoid of programmatic appeals. A candidate who campaigns solely on programmes and doesn’t issue any material benefits will most likely lose. A candidate whose campaign relies solely on handing out material goods is likely to win even if his or her campaign contains zero programmes.

Therefore, the ability to award personal favours like pocket money, school fees, funeral donations, television sets and so on to party delegates becomes the exclusive focus of these party competitions. The road to parliament in Ghana gets smoother for the highest bidder than for the candidate with the most elaborate policies.

This places the power to determine the future of an MP in the hands of party delegates, not the electorate. After all, winning the primaries means a free ticket to parliament in many constituencies.

This is more so because more than 60% of the 275 seats in parliament are safe for either the New Patriotic Party or the National Democratic Congress. The huge number of constituencies that are dominated by either of these two parties give MPs the incentive to concentrate more on local party delegates than the entire constituency voters. The voice of constituency voters, therefore, gets trumped by that of the party delegates.

What is the way forward?

To make constituency votes matter, the focus should be on reviewing internal party contests which determine who stands as an MP.

In emerging democracies, there are hardly any national laws regulating how parties select their candidates. In Ghana, the constitution says political parties must ensure that their internal processes conform to democratic standards. But there’s no legislation spelling out how they should choose their candidates.

Ghana could follow the examples of Germany, the United States, New Zealand and Finland in regulating internal party competitions. The focus should be on the inclusivity of mechanisms to select candidates within parties. For example, all party members or even the entire constituency of voters can participate in the selection of candidate MPs.

An open candidate selection process would provide less incentive to reward a few party delegates and neglect the constituency. With more participants, candidate MPs wouldn’t have enough money to buy everybody. This would force candidate MPs to campaign on the basis of policies that benefit the entire constituency. Also, to be reelected, MPs would have to build a good relationship with their constituencies, not with internal party oligarchies.